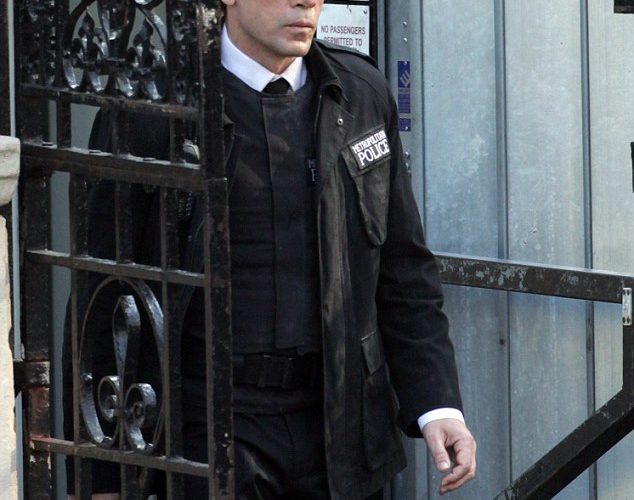 With set photos of Daniel Craig as James Bond pouring in since the beginning of Skyfall production, I’ve been waiting for a look at character that we haven’t seen before. Today we’ve got that reveal, as the first photos of Javier Bardem have popped up on Sam Mendes‘ London set. His actual character is under wraps, but we know he is the villain in the blockbuster, and judging by the photos below, he is under some heavy disguise in his Metro cop uniform. With Craig also on the set, could this be a glimpse at a last-minute getaway by the blonde Bardem? Check them out below.