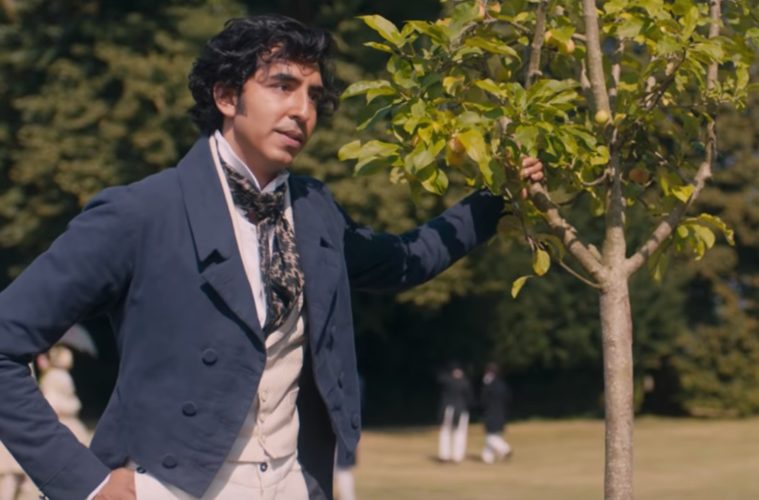 Armando Iannucci (The Thick of It, Veep, and The Death of Stalin) has always brought a modern farcical energy to his political works and has now turned that same energy into his own adaptation of Charles Dickens seminal masterwork David Copperfield as can be seen in the first trailer for The Personal History of David Copperfield, starring Dev Patel as the titular hero, set to be released January 10, 2020 in the UK with a forthcoming U.S. release date to follow by Fox Searchlight

The film follows the comedic life of David Copperfield (Patel) in his trajectory to become a writer. We follow the various figures he encounters living and growing up in Victorian England, including Uriah Heep (Ben Whishaw) and Betsy Trotwood (Tilda Swinton) to name a few. The star-studded cast is also rounded out by Gwendoline Christie, Hugh Laurie, Peter Capaldi, and Benedict Wong..

Jared Mobarak said in his review, “This is Armando Iannucci’s contemporary yet period-specific adaptation of Charles Dickens’ masterpiece using the title The Personal History of David Copperfield. He and co-writer Simon Blackwell have tasked themselves with distilling that massive tome to an under two-hour romp as breezy as it is funny. While this fact makes the adventure wildly entertaining thanks to some hard lefts into farce, it also renders the whole strangely upside down as my empathy quickly shifted from David to the one character known as his prime antagonist: Mr. Heep (Ben Whishaw). As our hero rises and falls through society’s ranks, he eventually finds himself in a position to turn his nose at those stationed exactly where he was not too long ago. That he grows from the experience doesn’t, however, discount that “bag guy’s” pursuit.”