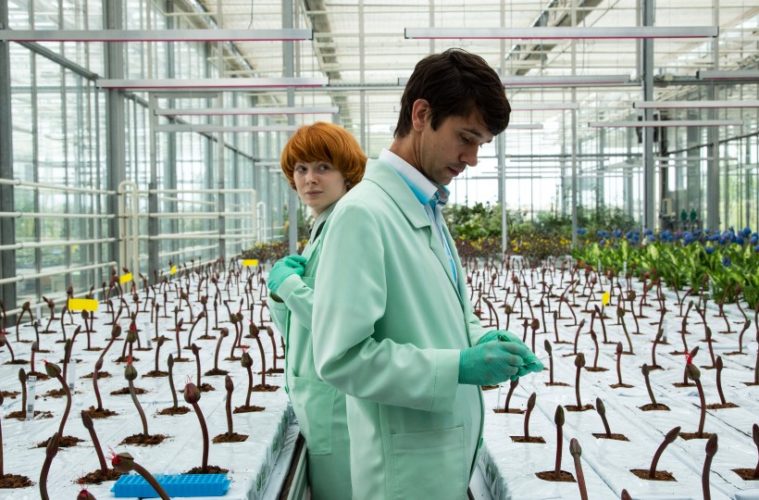 After landing on our radar with the formally thrilling, adventurous Amour Fou, Jessica Hausner finally returned with Little Joe. Starring Emily Beecham, Ben Whishaw, and Kerry Fox, the Cannes winner is set in the near-future where a plant is invented that begins to psychologically alter those who come in contact with it. This plays out in the story of a mother who is afraid of losing her son, while she also struggles with her own mind.

Rory O’Connor said in our Cannes review, “Jessica Hausner’s English-language debut Little Joe promises a crossbreed of shrewd science fiction and health care satire, but it scuppers its genre creds in exchange for a sterile arthouse drama that rather muddles its conceit.”

Ahead of a December release by Magnolia Pictures, the first trailer and poster have arrived, which can be seen below.

LITTLE JOE follows Alice (Emily Beecham), a single mother and dedicated senior plant breeder at a corporation engaged in developing new species. She has engineered a special crimson flower, remarkable not only for its beauty but also for its therapeutic value: if kept at the ideal temperature, fed properly and spoken to regularly, this plant makes its owner happy. Against company policy, Alice takes one home as a gift for her teenage son, Joe. They christen it ‘Little Joe.’ But as their plant grows, so too does Alice’s suspicion that her new creation may not be as harmless as its nickname suggests.