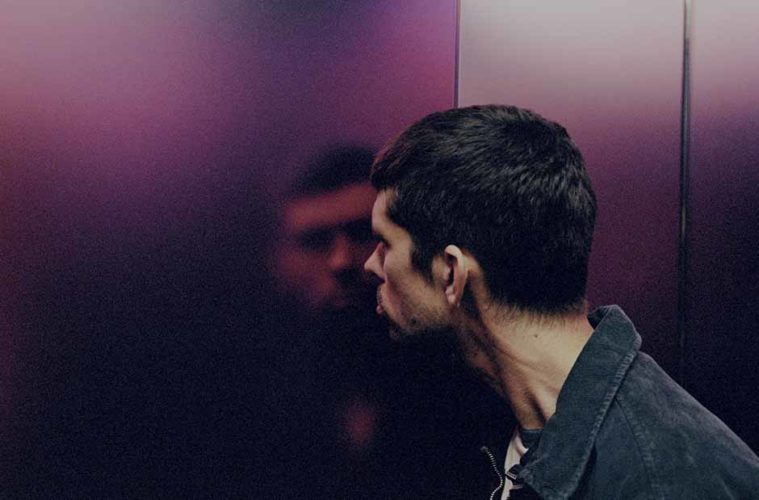 As Joseph (Ben Whishaw) sits at the table with his parents (Ellie Haddington and Ian Gelder), he puts his mouth to a glass. He wraps his lips around the rim as his breathing starts to heave. The others continue eating; he starts to lock his jaw. Then the glass cracks. He’s done this before a lot but never like this, and when he finds himself spitting blood into the bathroom sink with his mom screaming on the other side of the door, it seems that his tics have finally caught up with him.

That’s not to say he’s ever been a lax guy, but, to put it lightly, some things are getting to him. There are too many people, not enough manners. It’s too loud outside his apartment, too quiet inside his own head. It seems that only his job as an airport checkpoint officer grants him enough control to keep him in check, but in the event that he can’t communicate his wants and needs, he snaps. Not in an explicitly violent way—at least not at first—but it’s starting to feel like he shouldn’t even try to connect.

Set over 24 hours, Anei Karia’s Surge takes a cracked mind and lets it spill out and, be it through self-discovery or self-destruction, finds the humor in life’s absurdism. Part character study and part thriller, it plays something like a cross between Antonio Campos and the Safdie brothers. It isn’t quite as successful as such a description would imply, but there’s a propulsiveness here to often distract from it. Despite taking a while to find its tone and rhythm, it’s just fascinating enough to work, largely thanks to wonderfully wired work from Whishaw.

Granted, it’s this performance that will likely define someone’s thought on the movie. That’s not because it single-handedly defines Surge, though; it’s more because it’s emblematic of the picture as a whole. Like Whishaw, it’s constantly cracking its neck and tossing its hands around like bricks that could stave someone in at any moment, and there’s a constant threat of losing all sanity. In fact, anticipating that moment is what gives it its tightrope quality, even if it’s a little frayed at the edges.

It’s at first when Karia doesn’t totally understand his tone. It’s as if every single character is horrible and no one has any sense of self-awareness. The movie doesn’t do anything to imply that Joseph could be an unreliable narrator either; it simply presents it at face value, the camera flopping around like a grounded fish. Not until the 20-minute mark or so does the direction play the constant stream of misunderstandings as comical, but once it does, there’s something delightfully absurd about how neurotic every interaction is. There’s a texture that allows the mishaps to ebb and flow. Some are cut quickly while some, like an elongated tracking shot of Joseph walking through a store, let the movie breathe.

Pieces like this are by and large enough to help distract from its more intrusive technical choices. The shaky camerawork, for one, is downright distracting for the most part, and the first third of the movie relies so heavily on it to establish a tone that it shorthands the pieces that actually do work. Whishaw’s performance is what gives the movie most of its grit, maybe Stuart Bentley’s cinematography as well. But the Jenga-like construction of Rupert Jones and Rita Kalnejais’s script eventually gives enough observation to Joseph’s behavior, smartly refusing to diagnose or verbalize his issues.

There’s a point in Surge at which the lead essentially goes mute: controlling behavior and entitlement gives way to paranoia, and later acquiescence. Foibles are enough to repackage the concept in its twilight sequences. Characters act with growing abandon, which makes protracted resolution feel even tidier considering what came before it. It surely isn’t a satisfying ending, but it is one that plays like an all-too-late attempt to appease its detractors. Karia hasn’t made a deep film or even a particularly unique one, but he’s made one that has enough to get by. It’s not just good—it’s good enough.