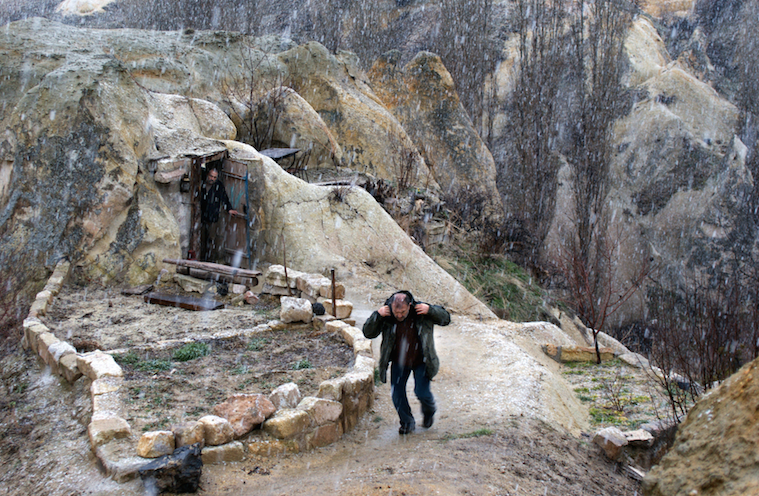 Clocking in at 3 hours and 16 minutes, Nuri Bilge Ceylan‘s Winter Sleep is by far the longest feature in the Cannes competition line-up, and following the extraordinary Once Upon a Time in Anatolia, it’s also one of our most-anticipated. Following a video from the director discussing the project, we now have the first stills and synopsis from the feature. Arriving internationally in theaters this summer, but no U.S. distribution yet, check out the images and the brief synopsis above and below.

Aydin, retired actor, holds a small hotel in central Anatolia with his young wife Nihal, which he is emotionally distant, and his sister Necla still suffering from his recent divorce. In winter, snow covers the steppe as resentments are rekindled, pushing from Aydin.

Cannes also unveiled its line-up for the 53rd Semaine de la Critique (aka Critics Week) selection today. Djinn Carrenard’s Faire L’Amour (Making Love) will open the festival, while Melanie Laurent‘s second directorial feature Breath will premiere there. One of our most-anticipated of the line-up is David Robert Mitchell‘s (Myth of the American Sleepover) next coming-of-age film It Follows, which has some horror elements. Check out a video of programmer Charles Tesson unveiling the selection (including a batch of first look images), as well as the complete line-up.

Self Made Shira Geffen