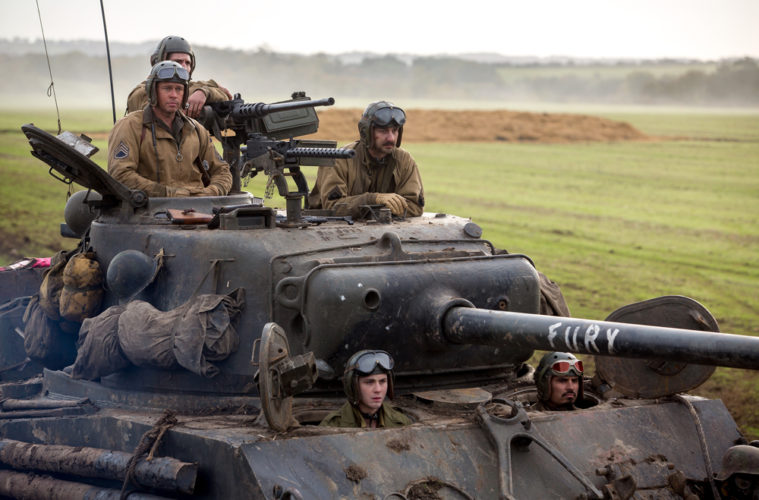 He’s taken on the crime drama as of late with End of Watch and Sabotage, but director David Ayer is switching things up in more ways than one with his next feature. Fury will find him heading back to World War II and instead of the handheld style he’s become accustomed to, the film will feature a more elegant approach in cinematography, as seen in the first footage.

Debuting at E3, it’s not the trailer yet, but it mixes actual footage with a look at the behind-the-scenes scale of the war story starring Brad Pitt (as Wardaddy), Logan Lerman, Shia LaBeouf, Jon Bernthal and Michael Peña. With a strong ensemble, perhaps this could be a surprise come fall and one can check it out below, along with the synopsis.

Fury is set at the very end of World War II, in April 1945. As the Allies make their final push in the European Theater, a battle-hardened army sergeant named Wardaddy commands a Sherman tank and her five-man crew on a deadly mission behind enemy lines. Outnumbered and outgunned, Wardaddy and his men face overwhelming odds in their heroic attempts to strike at the heart of Nazi Germany.