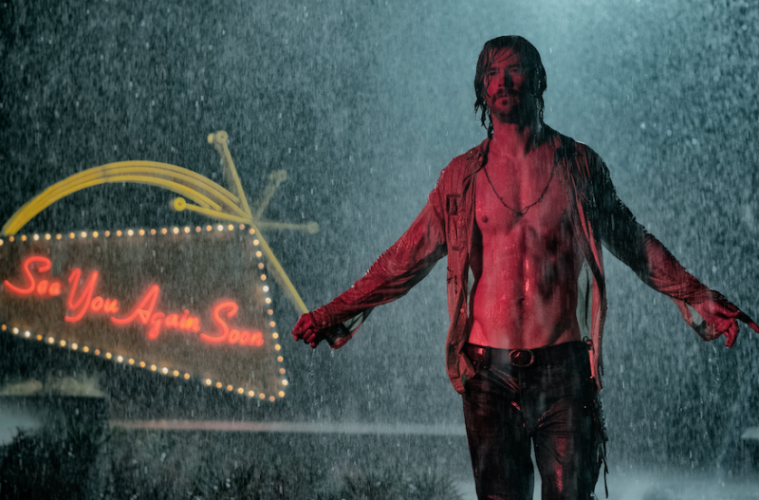 Six years after surprising audiences with his twisty genre treat The Cabin in the Woods (or much longer, if you count the film’s delay), Drew Goddard is finally back in the director’s chair. 20th Century Fox has just released the first trailer for Bad Times at the El Royale – the latest stylish thriller from writer/director Drew Goddard. Taking place over the course of one night, Bad Times follows the stories of seven strangers who fatefully meet at Lake Tahoe’s El Royale hotel. As new and astonishing secrets increasingly resurface, each stranger will get a “last shot at redemption.”

The trailer opens with an eccentric style, showcasing the multifarious charisma of the strong cast of strangers, but before we know it, the tone takes a dark turn – establishing the suspense and the bizarre uncertainty that we come to except from Goddard (whose aptitude is on display with The Martian and Cabin).

While they may be strangers within the story, the stars of the film are certainly no strangers to us. The all-star cast includes Jeff Bridges, Cynthia Erivo, Dakota Johnson, Jon Hamm, Cailee Spaeny, Lewis Pullman, Nick Offerman and Chris Hemsworth.

Along with direction from Goddard, the picture boasts cinematography from Oscar nominated Seamus McGarvey (Atonement, Anna Karenina). We get a great look at McGarvey’s polished camerawork in the first trailer, which can be found below.

Seven strangers, each with a secret to bury, meet at Lake Tahoe’s El Royale, a rundown hotel with a dark past. Over the course of one fateful night, everyone will have a last shot at redemption… before everything goes to hell. Jeff Bridges, Chris Hemsworth, Jon Hamm, Dakota Johnson and Cynthia Erivo lead an all-star cast in BAD TIMES AT THE EL ROYALE. Bad Times at the El Royale will hit theaters October 5.