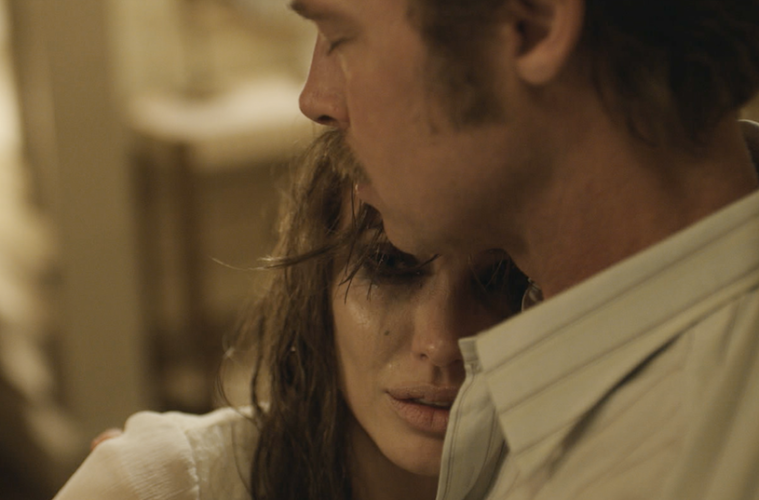 One of the more curious projects that has yet to screen this year is Angelina Jolie Pitt’s follow-up to Unbroken, the intimate drama By the Sea. Co-starring alongside her husband, Brad Pitt, Jolie also scripted the feature, which follows them as a couple on a getaway in 1970’s France. The story specifically finds Jolie as Vanessa, a former dancer and Pitt as Roland, a writer, both entangled in a crumbling marriage as they find rejuvenation after coming across a quiet, seaside village. Today now brings a promising new trailer for the film set to debut at AFI Fest soon.

“I wanted to suggest and guide and give hints to the audience but not bore them or reveal all before the film itself. I like trailers that don’t explain the whole film; that tell you exactly what to expect,” Angelina Jolie Pitt tells EW. “It isn’t my intention to hide anything from the audience, but the film is a complicated adult drama where things are often not what they seem. The voyeurism for example, most people will assume only that it is titillating. But it has deeper resonance to the story. I like films that leave questions and cause discussion.”

Check out the trailer below for the film also starring Mélanie Laurent, Melvil Poupaud, Niels Arestrup and Richard Bohringer.

By the Sea follows an American writer named Roland (Pitt) and his wife, Vanessa (Jolie Pitt), who arrive in a tranquil and picturesque seaside resort in 1970s France, their marriage in apparent crisis. As they spend time with fellow travelers, including young newlyweds Lea (Laurent) and François (Poupaud), and village locals Michel (Arestrup) and Patrice (Bohringer), the couple begins to come to terms with unresolved issues in their own lives.

In its style, and its treatment of themes of the human experience, By the Sea is inspired by European cinema and theater of the ’60s and ’70s.

By The Sea opens on November 13th.