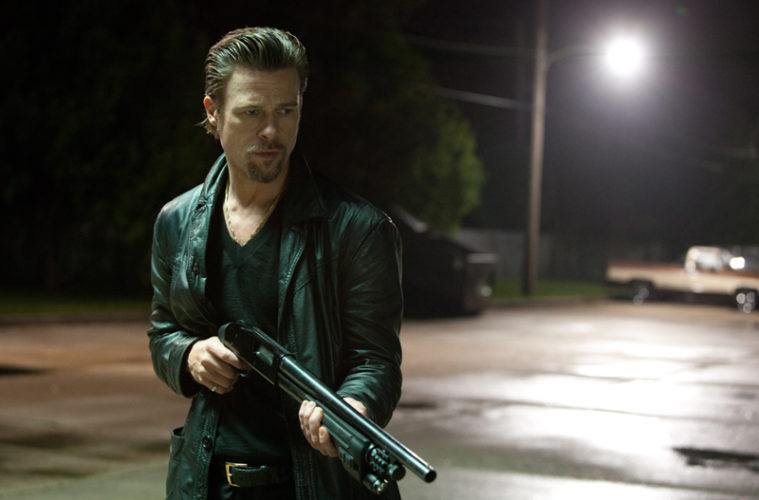 With news too good to be true, we learned almost a year ago to this date that Andrew Dominik‘s follow-up to The Assassination of Jesse James by the Coward Robert Ford, the heist drama Cogan’s Trade, was picked up by The Weinstein Company for a wide release in the first quarter of 2012. Well, with that timeframe nearly all scheduled for the distributor, it turns out the news was too hopeful. But we do have an update on when are likely to see the drama starring Brad Pitt, Ray Liotta, James Gandolfini, Richard Jenkins, Sam Shepard and more.

Buried in a report from LA Times regarding The Wettest County (another film the company had delayed, specifically due to capitalizing on Tom Hardy‘s fame after The Dark Knight Rises) is the equally sad news that Cogan’s Trade is now expected to arrive in the fourth quarter of the year, along with Quentin Tarantino‘s Django Unchained (on Christmas Day),  David O. Russell’s The Silver Linings Playbook (Nov. 21st) and Paul Thomas Anderson‘s The Master (likely the last possible moment a la There Will Be Blood). It is a staggering line-up, each one high on my most-anticipated of the year list.

That report indicates the awards-hungry Weinsteins will debut Wettest County at Venice, with Toronto likely to follow. Although Jesse James followed the same exact path, it resulted in tiny box-office results and nearly nonexistent awards campaign. The film has since gone on to be considered one of the best of the past decade, but compared to the lyrical, wide scope of that film, Cogan‘s plot seems to have more audience-appeal. Based on George V. Higgins‘ novel, which has dark comedy elements and violence, it follows  “a professional enforcer who investigates a heist that went down during a mob-protected poker game.”

There are a number of strategies TWC could take with Trade, whose ensemble cast also includes Garret Dillahunt, Max Casella, Bella Heathcote, Scoot McNairy, Ben Mendelsohn and Vincent Curatola. With Django and The Master hitting right at the very end of the year, with no need for a festival bow I’d assume, they could pull a Drive-like release with Cannes or TIFF/Venice debut, followed by a Sept./Oct. release. We’ll hopefully get news on this one soon and although we have to wait a bit longer, I’m happy the company is putting some faith in it. Now let’s just hope they stay true to their word that it will have a wide release.

When do you think would be an ideal time for Cogan’s Trade to hit theaters? Are you upset we aren’t seeing it earlier?