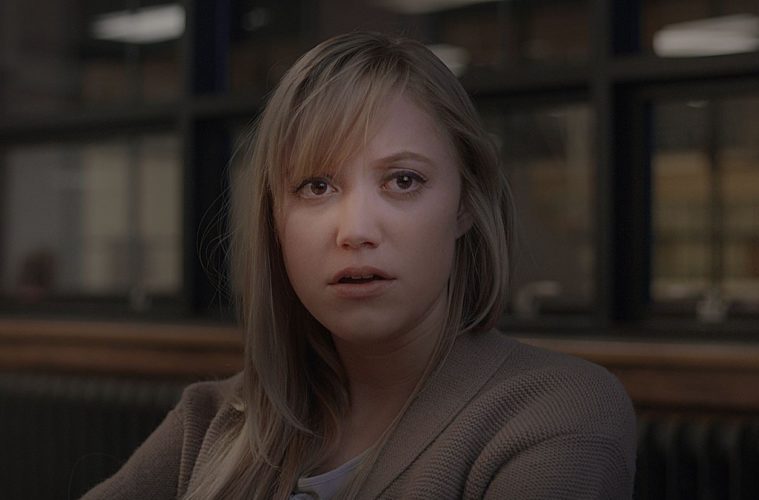 After premiering to much acclaim at Cannes, It Follows stopped by Toronto International Film Festival and before screening at Sundance Film Festival, yet another new trailer has landed. Coming from writer-director David Robert Mitchell, who came on our radar after The Myth of the American Sleepover, the story follows Maika Monroe (who made an impression in this fall’s The Guest) as a teenager who is cursed by a shape-shifting spirit after her first sexual encounter.

We said in our review, “A teenage girl, captured through a static wide shot, runs through a quaint Detroit suburb, her body dwarfed by its trees and middle-class homes. The sense that something is not as it seems becomes realized quite quickly. This prologue, while one of the most formally well-executed sequences in the film, sets up a certain expectation, and luckily It Follows isn’t so much interested in that now-tired the-evil-that-lurks-under-the-surface-of-small-towns brand, but rather its invasion onto the iconography of it.”

Check out the new trailer below, along with photos and an international poster.

Update: Watch the full U.S. trailer below and another U.K. trailer. For 19-year-old Jay, fall should be about school, boys and weekends out at the lake. But after a seemingly innocent sexual encounter, she finds herself plagued by strange visions and the inescapable sense that someone, or something, is following her. Faced with this burden, Jay and her teenage friends must find a way to escape the horrors that seem to be only a few steps behind.

It Follows will open on March 27th.