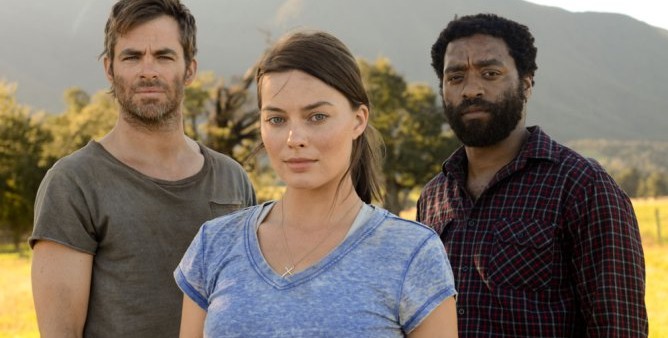 Z for Zachariah features Margot Robbie (The Wolf of Wall Street), Chris Pine (Star Trek, Into The Woods), and Chiwetel Ejiofor (12 Years a Slave) as the last three survivors on Earth. With a limited choice of partners, the three indulge in an explosive love triangle that could bring about their ruin. This is Craig Zobel’s latest Sundance showing, the previous being 2012’s sinister Compliance, and reactions from TFS correspondents on the ground have been strong thus far. Check back later for our review.

Watch a clip from the film here:

In a post-apocalyptic world, a young woman who believes she is the last human on Earth meets a dying scientist searching for survivors. Their relationship becomes tenuous when another survivor appears. As the two men compete for the woman’s affection, their primal urges begin to reveal their true nature.

Z for Zachariah premiered at the Sundance Film Festival and will be released by Roadside Attractions.

Have you enjoyed Zobel’s previous work, and does Zachariah seem like a proper continuation?