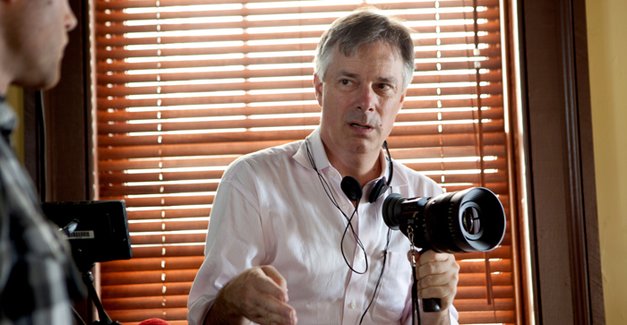 With the (roughly) 14-year gap between The Last Days of Disco and Damsels in Distress surely on their mind, fans of Whit Stillman may have feared yet another lengthy disappearance of the erudite writer-director was in store. Some reprieve came in May, however, when THR learned that various dealings — likely financial, possibly casting-related — were to take place at Cannes, said dealings concerning a project which he, providing some hype, would claim “has the best female part of all the films I’ve made.” No matter how minor the news, it was indeed good.

Now, things begin to expand. A brief item in The New York Post (via BleedingCool) sees Stillman let slip one or two big notes on the upcoming title — which, in his words, is “based on a funny but obscure late 18th-century work that reads a bit like an Oscar Wilde play.” (Unfortunately, so few people would be able to identify the work in question. Theater majors, your time has come.) It is, thus, unsurprising that “a British actress” has been spoken with about one of the script’s many “good star parts,” the mystery (such as it is) only deepened by a noted intention to eventually shoot in England or Ireland. Well, what’s Stillman got planned?

Potential nuggets of insight can be found in this 1998 article, reprinted last year, wherein he speaks of a 1700s-set screenplay which was originally geared to follow Disco — this new title being “a dramatic story that has adventure elements.” It sounded, at the time, as if there was a slight struggle in making some necessary tonal deviations — how do you faithfully shift from his kinds of films to those kinds of films? — but, after all the time that’s passed, we’d think something’s been cracked. If that’s even the project we’re talking about.

What do you make of Stillman’s next outing, based on the little existing information?