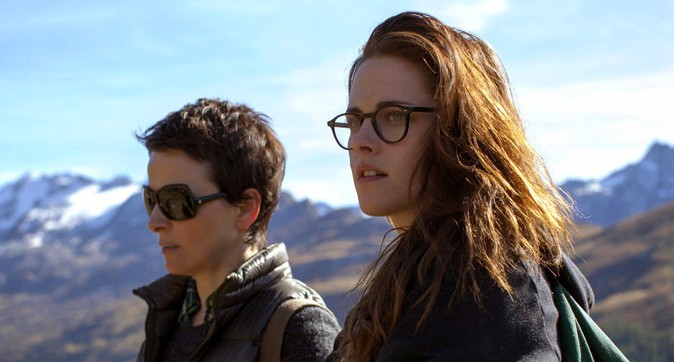 With a Cannes premiere in just under ten days, the first clip has now dropped for Olivier Assayas‘ highly-anticipated drama Clouds of Sils Maria. Before we get to that, however, we have a few quotes from the director, which originated from the source of yesterday’s update, the French newspaper Les Inrocks. He says, “I wrote the movie thinking only of Juliette (Binoche). The movie is constructed around her. Next to this character of a French actress with an international career, I imagined the character of a young assistant and I instantly envisioned for the role an Anglo-Saxon actress.”

That character is indeed played by Kristen Stewart and Assayas says she “had to have this pragmatism that Anglo-Saxon people have, really be of her time, to the point of incarnate some sort of hardness. And it was also important to me that the language is in English. Because I wanted to go search into Juliette something different than what she can do in French. I was looking for an actress who could put her (Juliette) in danger, shake her up.” We can now see a bit of that below in the first, brief clip with Stewart, who is talking about her favorite actress, played by Chloe Grace Moretz.