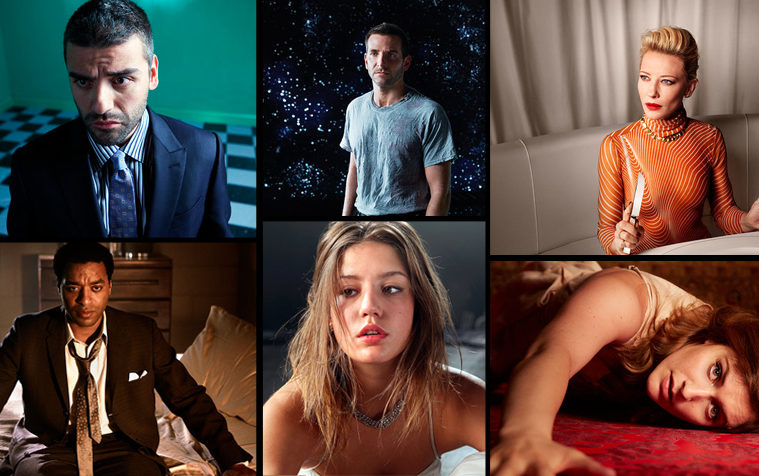 He may not have a horse in this year’s award race, but Oscar-winning cinematographer Janusz Kaminski has stayed busy. The man behind films such film as The Diving Bell and the Butterfly, Saving Private Ryan and last year’s Lincoln has worked with New York Times Magazine to create a series of 11 attention-grabbing short films. Presenting a variety of different scenarios, each short teams a Hollywood actor with a top screenwriter(s), complete with a few combinations one might not have predicted.

In order, we have Oprah Winfrey and Sarah Polley (Stories We Tell), All is Lost star Robert Redford and This is the End duo Seth Rogen and Evan Goldberg. Following that we have Cate Blanchett and Computer Chess writer-director Andrew Bujalski, then Forest Whitaker teams with Frances Ha‘ Greta Gerwig, while Julia Louis-Dreyfuss gets back in business with her Enough Said director Nicole Holocfener.

Bradley Cooper then reads some lines from J.C. Chandor (All is Lost), while Blue is the Warmest Color lead Adele Exarchopoulos teams with The Butler‘s Danny Strong and 12 Years a Slave star Chiwetel Ejiofor leads one of my favorites, featuring a line by Mud director Jeff Nichols. The last few feature Gerwig with Before team of Julie Delpy, Ethan Hawke and Richard Linklater, while Inside Llewyn Davis star Oscar Isaac works with In a World‘s Lake Bell, then, finally, we have Michael B. Jordan heading west for Her writer-director Spike Jonze. Check them all out below, along with a look at the making of all the shorts.