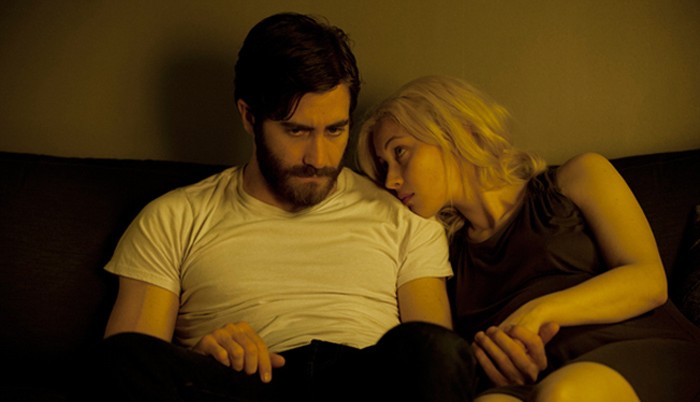 Following the successful opening weekend and warm reception of his kidnapper thriller Prisoners, Canada’s Denis Villeneuve will likely have the option to carve out a promising career in the studio system, if he so desires. But the next work we’ll see from the director is a smaller, independent drama, shot before his Hugh Jackman-led ensemble piece.

Also debuting at Toronto International Film Festival was Enemy, which marks his first collaboration with Jake Gyllenhaal. Following last week’s bow of the initial clip, another one has now arrived for the mysterious thriller that delves into subconscious of a man in emotional crisis, who finds his doppelganger (or is it?) living nearby. This compelling look sees our lead stalking Mélanie Laurent from a bus to her office and it can be found below, along with the poster if you missed it. Enemy will hit theaters next spring via A24 Films.