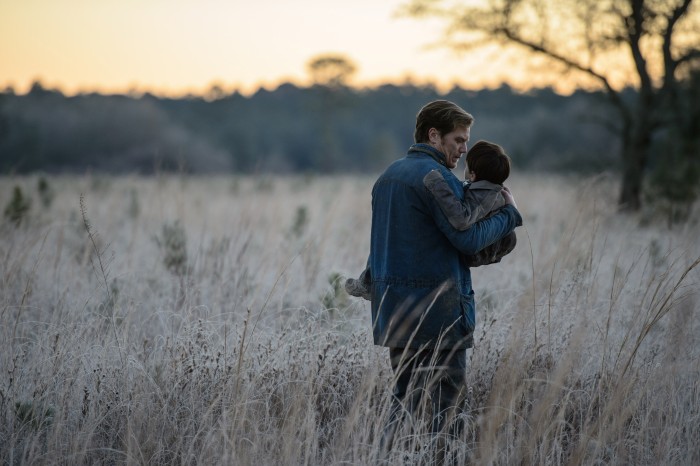 The first of two Jeff Nichols films arriving this year, Midnight Special finds him in sci-fi thriller mode. Inspired by Close Encounters of the Third Kind, E.T., and Starman, the film will finally premiere next week at the Berlin Film Festival, and ahead of our review, we have the first clip, a batch of new images, and an official synopsis from the festival.

Led by Michael Shannon, Kirsten Dunst, Joel Edgerton, Sam Shepard, Adam Driver, and newcomer Jaeden Lieberher, it follows a father who sets to protect his uniquely gifted son while being hunted by a pair of dangerous groups. Also set to screen at SXSW (where they just expanded their line-up), hopefully this is one of the highlights of the spring as Nichols expands his scope. Check out everything below.

Every mile that Roy and his eight-year-old son cover on their journey down highways and byways brings us closer to their incredible story. Gradually, we begin to understand why this boy with extraordinary powers has to wear protective glasses. We also learn why religious extremists are interested in him, and why both the local police and high-ranking American government officials are hot on the heels of father and son. In his new film Jeff Nichols may have changed genres but he remains true to himself. Midnight Special is an idiosyncratic mixture of science-fiction and family saga; at the same time, Nichols continues to explore the structures of violence and paranoia in small-town America, showing us both the influence wielded by arch-conservative sects and the powerlessness of the individual in the face of an aggressive state apparatus. The longer their flight continues, the more fantastical it becomes as we observe a loving father undertaking everything in his power to lead his son to his destiny a destiny that could also decide the fate of the entire world.