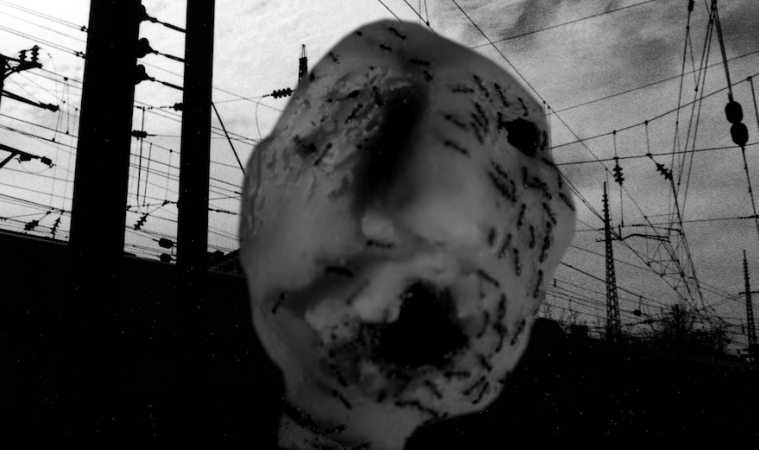 Titled Ant Head, it has been vividly described by the man as “a short video featuring my friends the ants along with cheese, etc.” That “etc.” includes, somewhat unsurprisingly, a still, black-and-white image of power lines and electric poles, while the cheese holds (I swear I’m not joking) some auteurist interest: this combination of ants and fromage recalls Julee Cruise’s Lynch-penned album The Voice of Love, whose cover image consisted of a chicken-and-cheese ball Lynch used to attract ants — which some would say led to the, I guess, head in his video for Nine Inch Nails’ “Came Back Haunted,” which definitely led to the new Arm in Twin Peaks.

I digress. Ant Head video combines “Frank 2000” and “Woodcutters from Fiery Ships,” the latter of which features some spoken-word jive from Thought Gang co-member Angelo Badalamenti, creating an impression abstract enough that it’s easy to call this for-completists-only. But that would be to discount a tactility, pace, soundscape, and discomfort level wholly Lynch’s own — and maybe you clicked this link for that very reason.