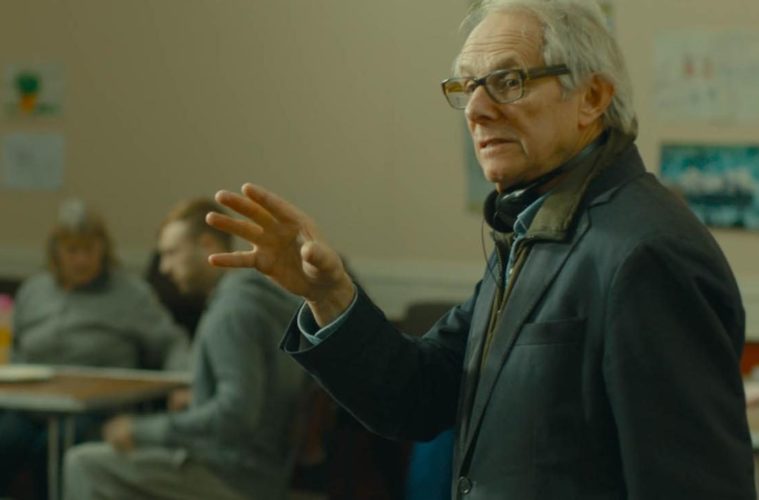 ‘Versus: The Life and Films of Ken Loach’ Trailer and Clips Examine an Iconic Career

For the last half-a-century, Ken Loach has built up an iconic body of work, examining social issues through a realist approach in both drama and romance. From his landmark Kes to his double Palme d’Or win for The Wind That Shakes the Barley and this year’s I, Daniel Blake (our review), it’s the ideal time to get a definitive documentary of his career and one looks to have arrived with Versus: The Life and Films of Ken Loach.

In the works before his Palme d’Or win this year, it comes from director Louise Osmond, who helmed the heartwarming documentary Dark Horse, released last month in the United States. While his new documentary doesn’t have U.S. distribution yet, it’s already in theaters in the U.K. and so we have a new trailer and batch of clips. Featuring interviews with the director and his close collaborators (and adversaries), check out everything below.

VERSUS presents a surprisingly candid behind-the-scenes account of Ken Loach’s career as he prepares to release his latest feature film I, DANIEL BLAKE, later this year. Director Louise Osmond was granted exclusive access on set and uses this as a starting point to look at Loach’s career, from his first job as understudy in a Kenneth Williams revue to ground-breaking TV dramas like Up The Junction and Cathy Come Home and later as an award- winning feature director of films like Kes, Riff-Raff, The Wind That Shakes the Barley, and The Angels’ Share. As well as inter-views with Loach, Osmond talks with a host of his friends, adversaries, actors and collaborators. This year will see Ken Loach celebrate his 80th birthday, release his 50th major work and commemorate Cathy Come Home’s 50th anniversary in November. VERSUS is more than just a document of Loach’s work but a playful study on the process and struggles of creating such a unique body of work. I, DANIEL BLAKE won the Palme d’Or at the Cannes Film Festival.

Versus: The Life and Films of Ken Loach is now in theaters in the U.K. and is seeking U.S. distribution.