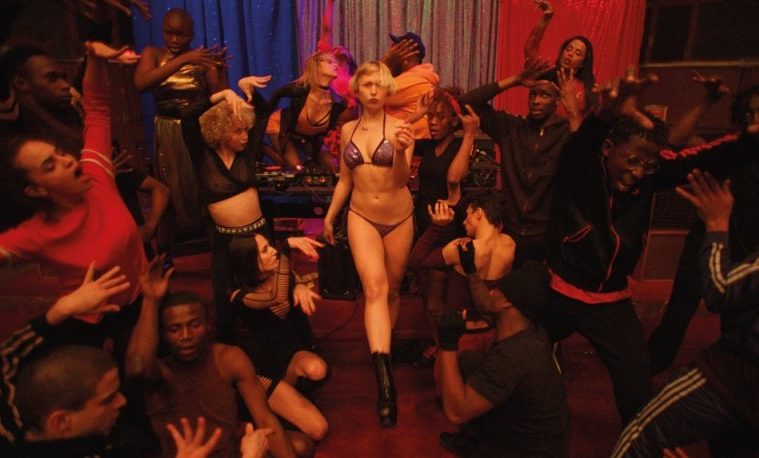 There were a number of surprising developments at Cannes Film Festival, but perhaps at the top of the list was that a new film from Gaspar Noé was not only one of his best films, but also one of the best of the entire festival. Coming off of his provocative (and not much else) 3D feature Love, he returned with Climax, following a group of dancers who band together for a three-day rehearsal-turned-drug-fueled trip into hell. Landing with the perfect distributor of A24, they’ve now released the first trailer ahead of a 2019 release.

In a rare A-grade review, Giovanni Marchini Camia said at Cannes, Gaspar Noé has probably never been likened to Lazarus before – or any other saint, for that matter – but he’s fully earned himself the comparison with Climax, which constitutes a miraculous comeback after the nadir that was Love. It has all the in-your-face trademarks of the Noé brand, but here they’re packaged in a compact, expertly crafted horror flick that transcends its puerility to achieve something altogether sublime.”

From director Gaspar Noé (Irreversible; Enter the Void; Love) comes a hypnotic, hallucinatory, and ultimately hair-raising depiction of a party that descends into delirium over the course of one wintry night. In Climax, a troupe of young dancers gathers in a remote and empty school building to rehearse. Following an unforgettable opening performance lit by virtuoso cinematographer Benoît Debie (Spring Breakers; Enter the Void) and shot by Noé himself, the troupe begins an all-night celebration that turns nightmarish as the dancers discover they’ve been pounding cups of sangria laced with potent LSD. Tracking their journey from jubilation to chaos and full-fledged anarchy, Noé observes crushes, rivalries, and violence amid a collective psychedelic meltdown. Starring Sofia Boutella (Atomic Blonde) and a cast of professional dancers, Climax is Noé’s most brazen and visionary statement yet.