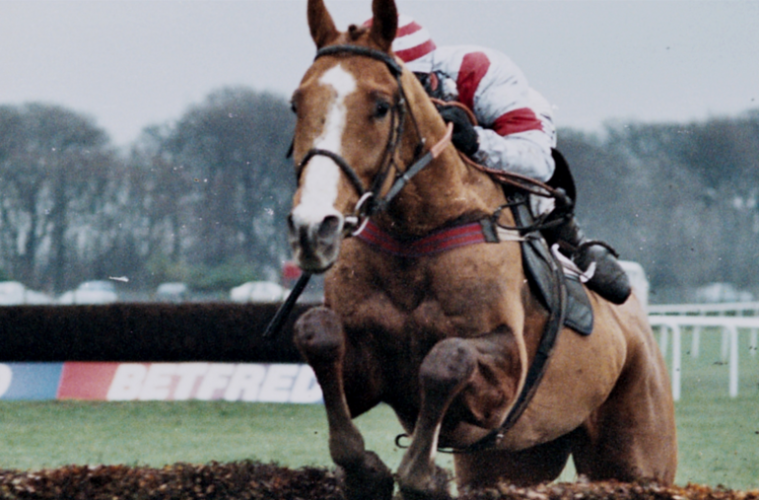 Premiering nearly a year ago at Sundance Film Festival, we thought we might see the acclaimed documentary Dark Horse by the end of the year, considering it picked up the audience award in its category. However, Sony Pictures Classics are waiting until next May, but today brings the first U.S. trailer. Directed by Louise Osmond, it follows a small village in Wales who banded together at the behest of a local barmaid to breed a racehorse.

We said at Sundance, “It’s no surprise Dark Horse won the audience award in its respective category at this year’s Sundance. The ultimate crowdpleaser (and I mean that in the best way possible) tracks the feel-good story of each of them pitching in to train it and they would split the profits, if any were to arrive. While one could easily track down the story, we’ll only say that Osmond’s up-and-down tale has one hooked on every word, thanks to the endearing personalities of the townsfolk and their captivating story. I certainly shed a few tears of joy during this one, and I’d imagine most audiences will as well.”

Check out the trailer below, along with an international poster.

Set in a former mining village in Wales, DARK HORSE is the inspirational true story of a group of friends from a working men’s club who decide to take on the elite ‘sport of kings’ and breed themselves a racehorse. Raised on a slagheap allotment, their foal grows into an unlikely champion, beating the finest thoroughbreds in the land, before suffering a near fatal accident. Nursed back to health by the love of his owners – for whom he’s become a source of inspiration and hope – he makes a remarkable recovery, returning to the track for a heart-stopping comeback.