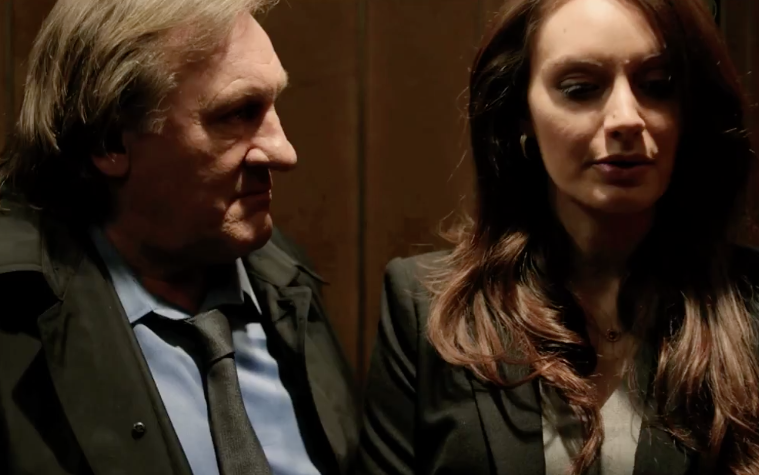 After a successful, unprecedented VOD bow in France, Abel Ferrara‘s Welcome to New York is beginning to expand to other countries. While IFC Films have yet to date it for a U.S. release, it’ll arrive early next month in the U.K. and for the occasion a new trailer has arrived, providing our best look yet at the loose retelling of the Dominique Strauss-Kahn affair.

Led by Gerard Depardieu, we were major fans of it at Cannes, saying in our review, “While there are plenty of drinks, drugs, and women in Welcome to New York, there is no pop soundtrack, no swerving camera movements, no dazzling cross edits, no fantastically designed mansions, or even a well-lit space. There is only Mr. Devereaux, the three-hundred-pound, heavy-breathing, truly vile human being at the center of the latest film by Abel Ferrara. He is a monster. He has no inhibitions. Worst of all, he knows this and shows no remorse.”

We’ve also got a better look at the next film from Ferrara, which looks into the largely mysterious, ultimately tragic final day of Pier Paolo Pasolini, the Italian master who was famously murdered during the post-production of his final masterpiece, Salò. A strong bet for the fall festivals, one can see a new image of Willem Dafoe in the role, below the new trailer, synopsis, and poster for New York.

Welcome to New York is the story of Mr Devereaux (Gerard Depardieu); a powerful man who controls billions of dollars every day. A man who controls the economic fate of nations. A man who dreams of saving the world and who cannot save himself. A terrified man. A lost man. Watch him fall. Are you looking forward to both of Ferrara’s upcoming features?