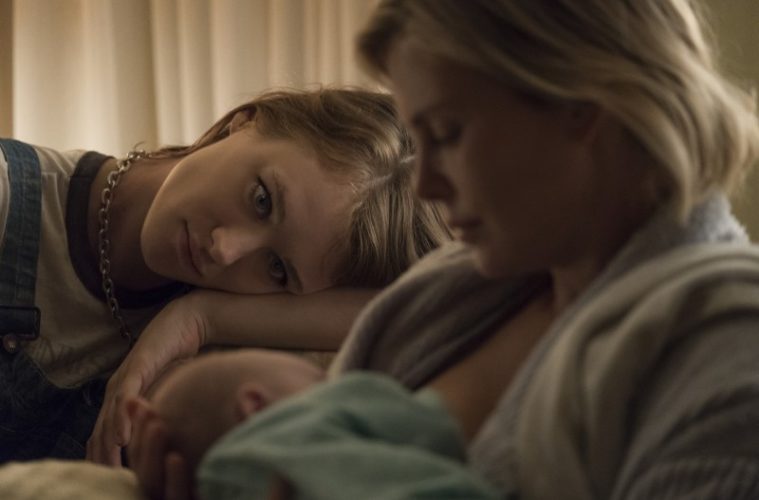 Celebrating its 10-year-anniversary this past fall, Juno marked a breakthrough for Jason Reitman, which he followed up with the equally-acclaimed Up in the Air. In the years since then it’s been more of a rocky road. I embraced the darkness of Young Adult, but it certainly didn’t click with others, then Men, Women & Children and Labor Day are better left forgotten. He’s now back this year with not one, but two films.

Before his political drama The Front Runner, his reunion with the Young Adult team will arrive with Tully. Starring Charlize Theron and scripted by Diablo Cody, it tells the story of an overworked, exhausted mother of three who gets a night nanny courtesy of her brother, and their relationship blossoms. The first teaser has now arrived, which only shows us a glimpse of the story, but certainly looks more heartfelt than Reitman’s last few offerings.

A new comedy from Academy Award®-nominated director Jason Reitman (“Up in the Air”) and Academy Award®-winning screenwriter Diablo Cody (“Juno”). Marlo (Academy Award® winner Charlize Theron), a mother of three including a newborn, is gifted a night nanny by her brother (Mark Duplass). Hesitant to the extravagance at first, Marlo comes to form a unique bond with the thoughtful, surprising, and sometimes challenging young nanny named Tully (Mackenzie Davis).