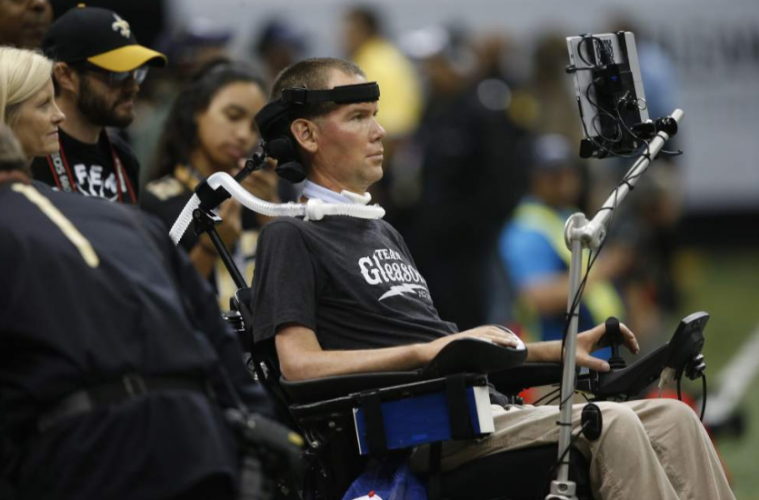 Everyone once and a while, a heartbreaking film comes along that is all the more searing when the truth is being handled. Gleason is a documentary that follows the real-life story of NFL defensive back Steve Gleason, who was diagnosed with ALS at the age of 34. Directed by documentarian Clay Tweel (Finders Keepers), the first trailer shows the film’s mapping of Gleason’s life as he tries to adjust to life with the disease while being an expecting father.

While it sounds gut-wrenching, the tone of the trailer is more inspirational than somber, with Gleason stating that he plans to live each day to its fullest and grow with his child, leaving the “best of himself” behind for his wife and son. It seems to be a celebration of life, against the odds. See the trailer below for the Sundance documentary which arrives in July.

At the age of 34, Steve Gleason was diagnosed with ALS. Doctors gave the former NFL defensive back and New Orleans hero two to five years to live. So that is what Steve chose to do – LIVE: with purpose, for his newborn son, for his wife, and to help others with his disease.