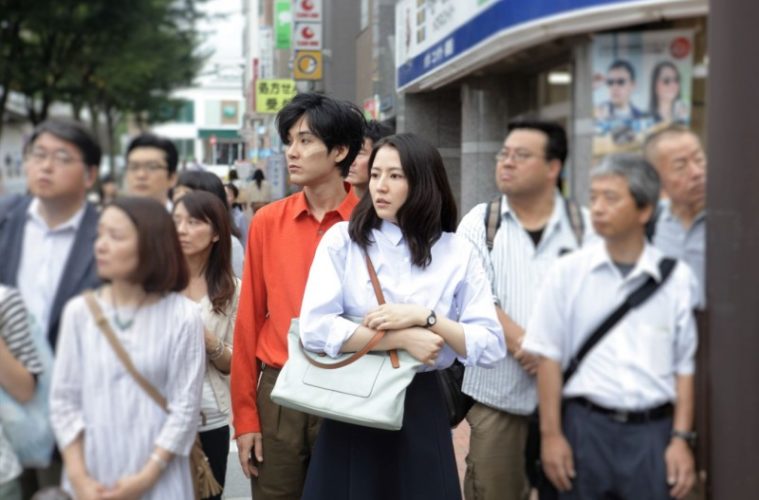 Although the Cannes Film Festival line-up has now been unveiled, for the vast majority of those reading, we’ll have to wait some time before we’re sitting in the theater watching this year’s selections. Thankfully, to get a taste of what to expect, a handful of teasers have arrived for a few of our most-anticipated films — and one we’re curious about.

First up, Kiyoshi Kurosawa is back with the fascinating-sounding Before We Vanish, an alien movie which looks to be conveyed in the striking manner only he can deliver. Then there’s a brief preview for another prolific filmmaker’s latest work as François Ozon‘s L’Amant Double, a psycho-sexual thriller starring Jérémie Renier and Marine Vacth, which turned heads with the debut of its first NSFW look.

Then there’s a new teaser for Michel Hazanavicius‘ Jean-Luc Godard biopic, Redoubtable. Featuring Louis Garrel as Godard and Stacy Martin as Anne Wiazemsky, the film depicts their relationship within the director’s late-60s “revolutionary period,” beginning with the production of his Mao-centered La Chinoise. Based on Wiazemsky’s memoirs Un An Après, we’ll be mighty surprised if  The Artist director can beat low expectations, but with the film in competition, perhaps it won’t be a dud.

Lastly, Michel Franco (Chronic) is back with April’s Daughter, a drama which teams him with Julieta star Emma Suárez. Also starring Valeria Becerril and Joanna Larequi, the film follows a woman who comes back to Mexico in hopes to rebuild her relationship with her young daughter and finds out she’s pregnant.

Check out all four trailers below and return for our coverage from the festival.

The internationally acclaimed director of Tokyo Sonata and Journey to the Shore reinvents the alien movie as a unique and profoundly human tale of love and mystery. Three aliens travel to Earth on a reconnaissance mission in preparation for a mass invasion. Having taken possession of human bodies, the visitors rob their hosts of the very essence of their being – all sense of good, evil, property, family, belonging – leaving psychological and spiritual devastation in their wake.

Chloé, a fragile young woman, falls in love with her psychoanalyst, Paul. A few months later she moves in with him, but soon discovers that her lover is concealing a part of his identity.

Paris 1967. Jean-Luc Godard, the leading filmmaker of his generation, is shooting La Chinoise with the woman he loves, Anne Wiazemsky, 20 years his junior. They are happy, attractive, in love. They marry. But the film’s reception unleashes a profound self-examination in Jean-Luc. The events of May ’68 will amplify this process, and the crisis that shakes the filmmaker. Deep-rooted conflicts and misunderstandings will change him irrevocably. Revolutionary, off-the-wall, destructive, brilliant, he will pursue his choices and his beliefs to the breaking point… As he did with The Artist, Academy Award® winning director Michel Hazanavicius delivers another tribute to classic cinema, both wildly funny and deeply moving.