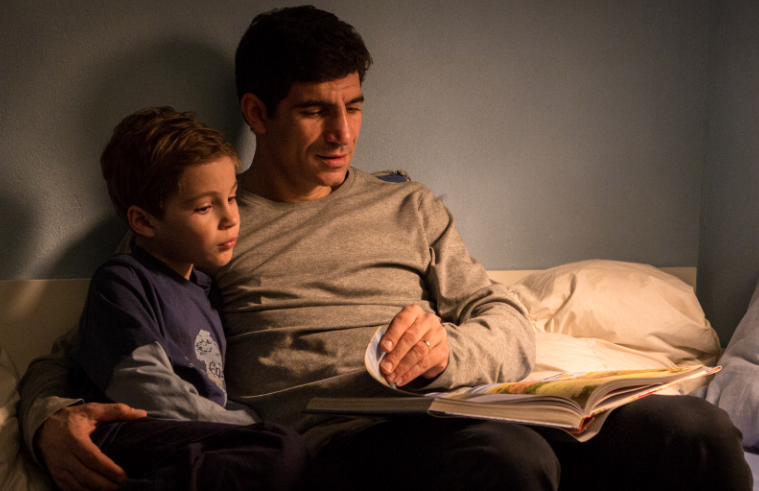 Trailers For Cannes-Bound Dramas ‘The Treasure,’ ‘Valley of Love, ‘The Shameless,’ and More With Cannes kicking off tomorrow today brings some last-minute trailers for films premiering in both competition and across the line-up. First up we have the first look at one of our most-anticipated of the festival, the latest film from When Evening Falls on Bucharest or Metabolism director Corneliu Porumboiu. The Treasure, said to have a streak of dark humor, concerns a father who discovers a hidden treasure is buried in his backyard and complications ensue. Check out the trailer below.

Next up we have a look at one of the films in competition, Valley of Love. Directed by Guillaume Nicloux (The Kidnapping of Michel Houellebecq) and starring a pair of French cinema icons in their first film together in years, Gerard Depardieu and Isabelle Huppert. The drama follows a couple who are reunited by a strange occurrence where they start receiving letters from their dead son. In these letters their son implores the couple to reunite and travel to Death Valley, California on the 12th of November 2014 to witness his “return.” The trailer presents a very low-key but quietly beautiful tale of an older couple who is seemingly reunited by a common tragedy. Check out the trailer, featuring English subtitles, below for the film opening in France on June 17th.

Moving to the Un Certain Regard line-up, the first trailer has arrived for the second film from South-Korean director Oh Seung-uk, whose directorial debut Kilimanjaro came out 15 years ago. The film stars Kim Nam-Gil and Jeon Do-yeon with the story tracking a police detective searching for a suspect in a murder case and who befriends the suspect’s mistress. Pretending to be a former cellmate of the suspect, the detective slowly falls in love with the mistress. From what can be discerned from the trailer, the film is a relatively simple story, however it might not be a bad thing with the pedigree behind this modern neo-noir melodrama. Check out the trailer below.

Another trailer for a film premiering in the Un Certain Regard category this year is The Chosen Ones, directed by David Pablos and produced, among others, by Diego Luna and Gael García Bernal. The Mexican-French drama is about a boy who is told to seduce a girl in order to trap her in the world of human trafficking. Though the premise is a basic one, the trailer does a great job showing the creepy, slow descent into this horrific world, with an effective juxtaposition between voice-over and the harrowing images. Seeing the stages of the seduction and the brutal conclusion will certainly grab one’s attention. Check out the trailer below.

Also taking part in the Un Certain Regard section is José Luis Rugeles‘ next drama Alias Maria. Following “a 13 year old guerrilla soldier watches the secret birth of the commander’s child, while she decides what she’ll do with the baby she’s expecting,” it sets up an intriguing plot. As the synopsis says, “Through her eyes we’ll see the desolate landscape of the armed conflict in Colombia.” Check out the trailer below.

Lastly, we have yet another Un Certain Regard premiere, Dalibor Matanić‘s drama The High Sun. The film tracks three different love stories set in three consecutive decades. The story specifically takes place “in two neighboring Balkan villages burdened with a long history of inter-ethnic hatred: this is a film about the dangers – and the enduring strength – of forbidden love.” Check out the trailer below.