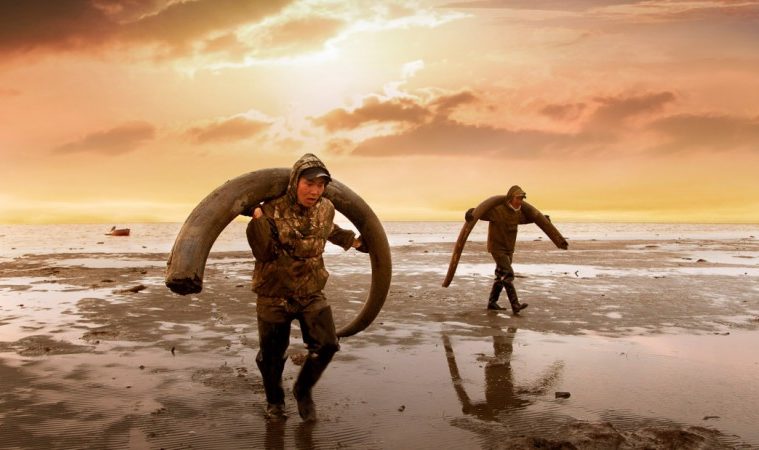 Starting this week, the 2018 Sundance Film Festival gives us a first glimpse at the year in cinema, but even if you won’t be at Park City, we’re rounding up an initial glimpse at the premieres. After highlighting our most-anticipated films, bookmark this page for a continually-updated round-up of trailers and clips, kicking off with the Jon Hamm-led Beirut, World Cinema offerings Pity and Loveling, the documentaries Seeing Allred and Genesis 2.0 (pictured above), and more.

Check out the trailers (and clips) below thus far in alphabetical order and we’ll be posting reviews from Park City soon, so follow along here.

A U.S. diplomat flees Lebanon in 1972 after a tragic incident at his home. Ten years later, he is called back to war-torn Beirut by CIA operatives to negotiate for the life of a friend he left behind.

On the night of the 2016 Presidential election, Cass, an L.A. club promoter, takes a thrilling and emotional journey with Frida, a Midwestern visitor. She challenges him to revisit his broken dreams – while he pushes her to discover hers.

John Callahan has a talent for off-color jokes…and a drinking problem. When a bender ends in a car accident, Callahan wakes permanently confined to a wheelchair. In his journey back from rock bottom, Callahan finds beauty and comedy in the absurdity of human experience.

The story of comedy wunderkind Doug Kenney, who co-created the National Lampoon, Caddyshack, and Animal House. Kenney was at the center of the 70’s comedy counter-culture which gave birth to Saturday Night Live and a whole generation’s way of looking at the world.

On the remote New Siberian Islands in the Arctic Ocean, hunters search for tusks of extinct mammoths. When they discover a surprisingly well-preserved mammoth carcass, its resurrection will be the first manifestation of the next great technological revolution: genetics. It may well turn our world upside down. World Premiere

A father and daughter live a perfect but mysterious existence in Forest Park, a beautiful nature reserve near Portland, Oregon, rarely making contact with the world. A small mistake tips them off to authorities sending them on an increasingly erratic journey in search of a place to call their own.

On the outskirts of Rio de Janeiro, Irene has only a few days to overcome her anxiety and renew her strength before sending her eldest son out into the world.

The story of a man who feels happy only when he is unhappy: addicted to sadness, with such need for pity, that he’s willing to do everything to evoke it from others. This is the life of a man in a world not cruel enough for him.

Gloria Allred overcame trauma and personal setbacks to become one of the nation’s most famous women’s rights attorneys. Now the feminist firebrand takes on two of the biggest adversaries of her career, Bill Cosby and Donald Trump, as sexual violence allegations grip the nation and keep her in the spotlight.

Summer, 1984: a perfect time to be a carefree 15-year-old. But when neighborhood conspiracy theorist Davey Armstrong begins to suspect his police officer neighbor might be the serial killer all over the local news, he and his three best friends begin an investigation that soon turns dangerous.

A European woman has been kept by a family as a domestic slave for 10 years – one of over 45 million victims of modern-day slavery. Drawing courage from the filmmaker’s presence, she decides to escape the unbearable oppression and become a free person.

Won’t You Be My Neighbor? (Morgan Neville)

Fred Rogers used puppets and play to explore complex social issues: race, disability, equality and tragedy, helping form the American concept of childhood. He spoke directly to children and they responded enthusiastically. Yet today, his impact is unclear. Have we lived up to Fred’s ideal of good neighbors?