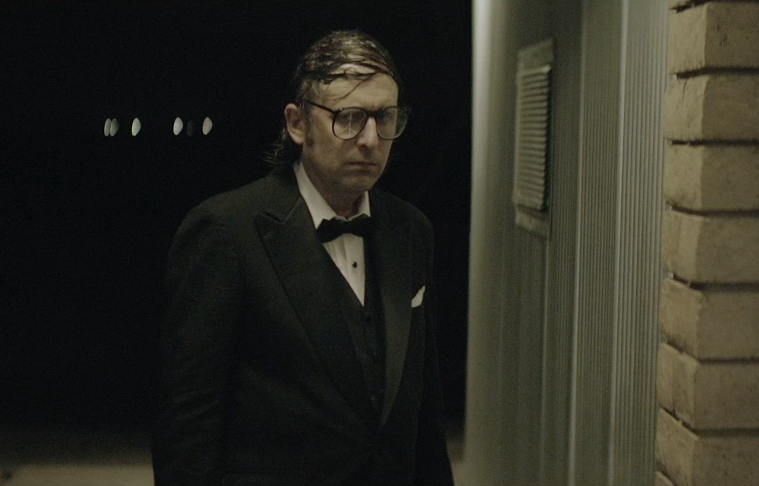 Following the Tim & Eric deconstruction that was The Comedy, one of 2012’s most horrifying films, Rick Alverson has turned his talents toward Gregg Turkington and his infamous, genius Neil Hamburger, the world’s worst comic with a knack for jokes that stun even the hardest-shelled. Forget whatever comfort the presence of stars such as John C. Reilly, Michael Cera, and Tye Sheridan might indicate — as we said at Sundance, this endeavor “makes The Comedy feel like a walk in the park.”

A few laughs aside, its first trailer is a horrifying bit of business and, in talking to people who have seen it, representative of the film as a whole. Our review continues by saying, “Every second of the 102-minute running time is felt. We’re trapped with this character on his never-ending journey, one that makes for an unpleasant watch. Yet the pace, imagery, and Turkington’s compelling performance add up to an unnerving comedy. Entertainment is the kind of film one never has to see again, but will be better off for having seen it.” I can’t wait.

Have a look below (via Apple):

A broken, aging comedian tours the California desert, lost in a cycle of third-rate venues, novelty tourist attractions, and vain attempts to reach his estranged daughter. By day, he slogs through the barren landscape, inadvertently alienating every acquaintance. At night, he seeks solace in the animation of his onstage persona. Fueled by the promise of a lucrative Hollywood engagement, he trudges through a series of increasingly surreal and volatile encounters. In Alverson’s hallucinatory fugue, Gregg Turkington stars as The Comedian, caught in a struggle between being the center of attention and the object of alienation, occasionally challenged by an unexpected cast of characters played by Tye Sheridan, John C. Reilly, Michael Cera, and Amy Seimetz.

Entertainment will enter a limited release on November 13.