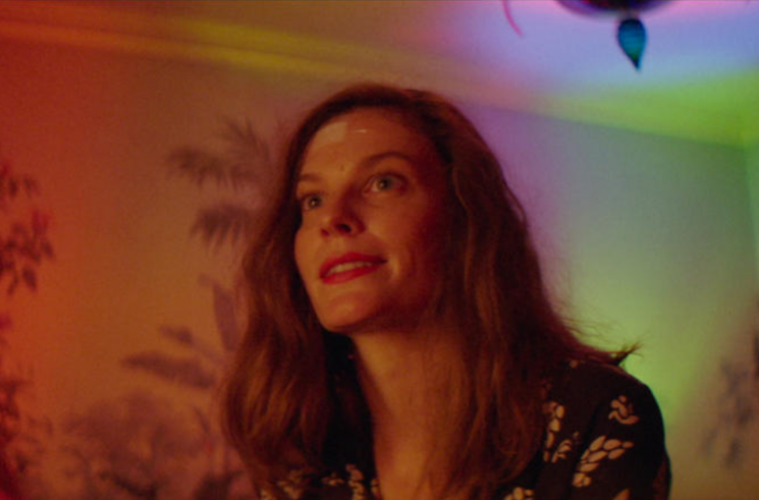 There’s one thing that connects some of my favorite American independent films of the last few years: cinematography of Sean Price Williams. Following Listen Up Philip, Kate Plays Christine, Heaven Knows What, Golden Exits, Marjorie Prime, Queen of Earth, and Good Time, his latest project is Thirst Street, from director Nathan Silver. Ahead of a September release, the first trailer has landed for the film following an American flight attendant who tries to make a romantic connection in Paris and things don’t go as planned.

“Sean [Price Williams] and I were talking and one key image was that crazy image from Fassbinder’s Lola (1981) where she’s sitting in bed and there are a million different colours on her,” Silver tells The Seventh Art. “We talked about always looking for ways to heighten the lighting and we used anamorphic lenses in Paris and then when we were in the U.S. we just had a zoom. We knew that we wanted [the latter] to have a gauzy look, we wanted it to have a different look than the Paris section – just slightly.”