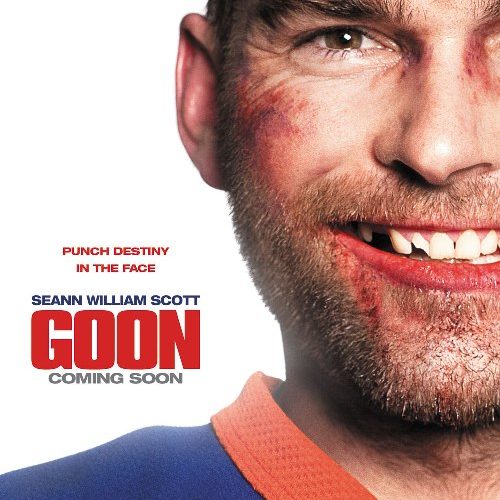 Michael Dowse‘s latest (and oft-delayed) comedy/drama Take Me Home Tonight was sadly overlooked, but I had a good time with the endearing one-night adventure. The director is back with a new hockey comedy, which recently premiered at TIFF earlier this fall. Co-written by two members of the Judd Apatow group –  Jay Baruchel and Evan Goldberg – we called Goon “foul-mouthed, good-natured and above all, a good time.”

Starring Seann William Scott, Alison Pill, Baruchel and Liev Schreiber, the first trailer has arrived via JoBlo and it looks to follow through with what we promised. As a sport that doesn’t get much due diligence in the film world, this looks to live up to the rough edges of the sport. My only hope is that the Seann William Scott-playing-dumb jokes are toned down or at least more spread out in the final product, as they take up much of the trailer. Check it out below.

Update: IGN also debuted a red band trailer, which can be viewed below.

Doug Glatt is a gentle giant who’s lethal with his fists but reluctant to use them. That is, until he goes to a hockey game and flattens a visiting player. The next day, while appearing on a web chat show hosted by his best friend, Doug is scouted by the coach of the local minor-league team. Doug’s job? Beat up anyone who gets near Xavier Laflamme, a hotshot player afraid to touch the puck since a devastating hit from legend­ary enforcer — and Doug’s idol — Ross “The Boss” Rhea.