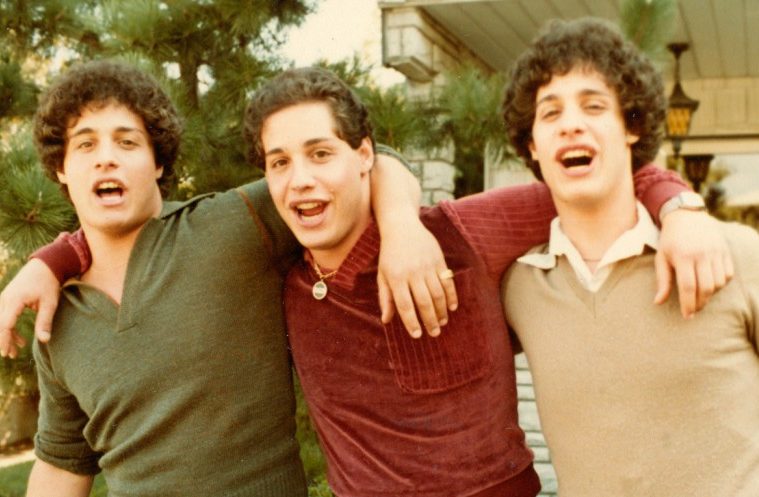 One of the most talked-about films at Sundance this year was Three Identical Strangers, which tells a story so peculiar that you’re better off knowing the release date (June 29) and just showing up in the theater. However, for those curious, the first trailer has now arrived, which shows off the tale of a family reunited.

“Three Identical Strangers tells an interesting story well, without too much artistic flourish but at the same time not getting in the way of that story or overstaying its welcome,” Dan Schindel said in his review. “Director Tim Wardle lays a lot on the strength of the events he’s covering, and they are indeed compelling enough on their own to hold your interest. The flipside of this is that the film has little power outside of a first viewing. It’s the kind of doc you’re best off walking into knowing as little as possible about, because possessing key details could legitimately lessen your enjoyment.”

Three strangers are reunited by astonishing coincidence after being born identical triplets, separated at birth, and adopted by three different families. Their jaw-dropping, feel-good story instantly becomes a global sensation complete with fame and celebrity, however, the fairy-tale reunion sets in motion a series of events that unearth an unimaginable secret – a secret with radical repercussions for us all.

Winner of Sundance Film Festival’s Special Jury Award, THREE IDENTICAL STRANGERS is an exuberant celebration of family that transforms into a thriller with colossal implications and proof that life is truly is stranger than fiction.