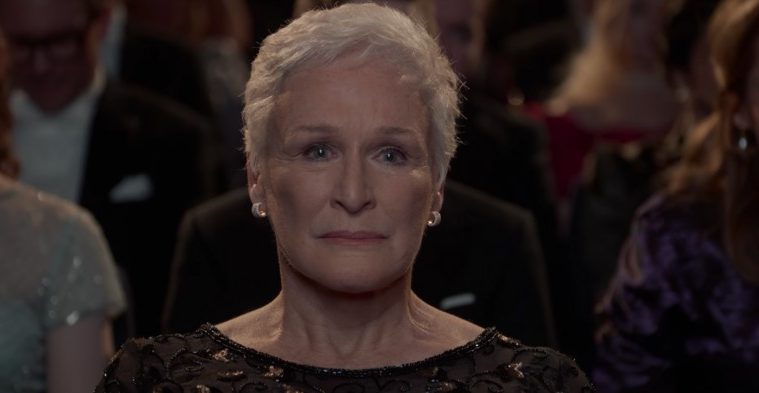 ‘The Wife’ Trailer Introduces One of Glenn Close’s Best Performances

Premiering last fall at the Toronto Film Festival, Björn Runge’s The Wife showcases one of Glenn Close’s best performances, playing a woman who is living in the shadow of her husband (Jonathan Pryce), an author being awarded a Nobel Prize. “It was probably one of the trickiest roles I’ve ever confronted,” Close tells Vanity Fair. “I think it’s a situation that every woman in the audience can relate to, whether they’re of younger generations or not.”

Ahead of a summer release, Sony Classics has now released the first trailer. We said in our review, “Playing Joan, the wife of a newly-announced Nobel Prize-winning novelist Joseph (Jonathan Pryce) whose career she has supported while setting her own ambitions aside, Glenn Close gives one of her finest performances in Björn Runge’s latest feature. The actress is magnificent and exudes a hypnotic screen presence in the affecting drama, aptly titled The Wife.”

Check out the trailer, which includes one of our quotes, and the poster below.

Joan Castleman (Glenn Close) is a highly intelligent and still-striking beauty – the perfect devoted wife. Forty years spent sacrificing her own talent, dreams and ambitions to fan the flames of her charismatic husband Joe (Jonathan Pryce) and his skyrocketing literary career. Ignoring his infidelities and excuses because of his “art” with grace and humor. Their fateful pact has built a marriage upon uneven compromises and Joan’s reached her breaking point. On the eve of Joe’s Nobel Prize for Literature, the crown jewel in a spectacular body of work, Joan’s coup de grace is to confront the biggest sacrifice of her life and secret of his career. THE WIFE is a poignant, funny and emotional journey; a celebration of womanhood, self-discovery and liberation.

The Wife opens on August 3rd.