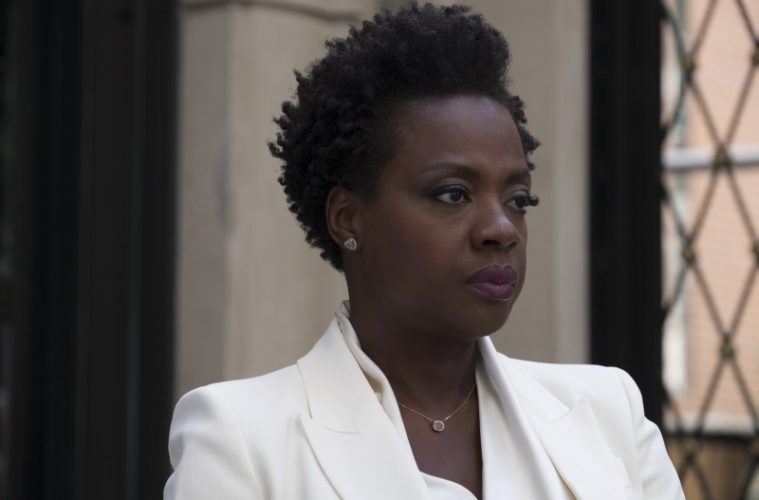 New to Streaming: ‘Widows,’ ‘The Sisters Brothers,’ ‘Blaze,’ ‘The Wife,’ and More

Not unlike its main subject, Ethan Hawke’s BLAZE is likeable, long-winded and a little all over the place. Starring musician Ben Dickey as the titular Blaze Foley, this indie biopic feels like a natural follow-up to Hawke’s last directorial effort, Seymour: An Introduction. That documentary examined the life of Seymour Bernstein, a piano teacher with wise life lessons as curated by failure and regret. This film concerns Foley, an Arkansas-born but Texas-raised singer-songwriter who was killed at the young age of 39. Both are ultimately optimistic, though Hawke does well in finding the sour with the sweet. – Dan M. (full review)

I Am Not a Witch (Rungano Nyoni)

Recalling the polemics of Ousmane Sembène, Rungano Nyoni’s Zambian film I Am Not a Witch is an impressively crafted comedy of manners turned tragedy. The film centers around the accusation that an 8-year old girl, Shula (Maggie Mulubwa) is engaging in witchcraft solely because people in the town say so, and because the girl refuses to confirm or deny whether she’s a witch. – John F. (full review)

Of Fathers and Sons (Talal Derki)

Several years after going to his native Syria in the midst of war in The Return to Homs, director Talal Derki does it again, this time infiltrating the Islamic State by posing as a friendly journalist. He spent two years embedded with Jabhat al-Nusra (al-Qaeda in Syria, essentially) soldier Abu Osama and his family. The unique venture has produced a chilling look at extremism on its home front. – Dan S. (full review)

A mainstay in French for almost 40 years, Jacques Audiard frequently chronicles criminals and convicts (or ex-criminals/ex-convicts) trying to either navigate a seedy underbelly or readjust to civilian life. He broke through to American audiences with his 2009 prison drama A Prophet, about an Algerian youth forced to negotiate between rival subcultures, before winning the Palme d’Or in 2015 for Dheepan, which follows a former Tamil Tiger trying to carve out a little bit of peace in Paris. His latest film, The Sisters Brothers, superficially scans as a departure from his previous work; it’s not only his first English-language film, but it’s also a period Western to boot. Yet, The Sisters Brothers neatly fits into Audiard’s established thematic mode: two hitmen whose latest mission inevitably forces them to envision a future without violence and crime. – Vikram M. (full review) After loving their first collaboration (Juno) and disliking their second (Young Adult), I didn’t know what to expect with director Jason Reitman and writer Diablo Cody’s third pairing behind the camera. The best I could do was enter the theater unprejudiced and hopeful for the best since I do like most of their work regardless of that mutual misstep. I can’t say Tully initially made it easy, though. Just because Marlo (Charlize Theron) and Drew (Ron Livingston) aren’t the generic rich, white, suburban couple able to afford a “night nanny” (Mackenzie Davis’ titular Tully), doesn’t mean the premise of needing one to cope after a third pregnancy becomes any less patronizingly elitist. We don’t want parenthood’s messy authenticity sanitized by a diamond prism—especially not in today’s political climate. – Jared M. (full review)

An adult thriller in a time where such resources are scarce at the multiplex, it might be easy to dismiss Widows as a gritty, trashy heist caper. It’s got the exterior of a genre flick better digested on Netflix, but Steve McQueen and the women of Widows decidedly have more on their minds. While it serves as a wonderful popcorn piece, it confronts more than just female empowerment. McQueen weaves in treatises on race, gentrification, class warfare and police brutality, never tacking them on. They become the texture of the film without overshadowing the fun genre trappings, allowing Viola Davis to grace Hollywood with more of her all-time best crying. For those craving some smart, substantial snack food, Widows is a gift to be savored. – Conor O.

Playing Joan, the wife of a newly-announced Nobel Prize-winning novelist Joseph (Jonathan Pryce) whose career she has supported while setting her own ambitions aside, Glenn Close gives one of her finest performances in Björn Runge’s latest feature. The actress is magnificent and exudes a hypnotic screen presence in the affecting drama, aptly titled The Wife. – Jordan R. (full review)

Bringing out the Dead
Elizabethtown
Fahrenheit 11/9
Wendy and Lucy