The Whistlers Trailer: Corneliu Porumboiu Gets His Own James Bond 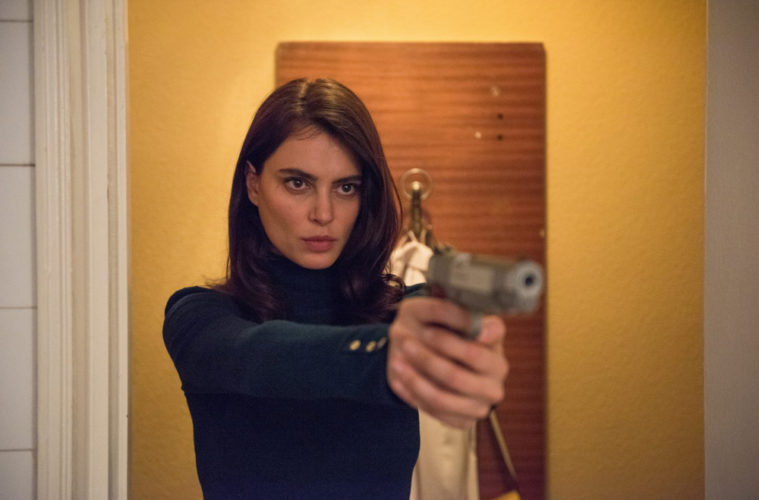 A month or so before No Time to Die arrives in theaters, we’ll be getting a spin on a James Bond-esque adventure from one of the world’s greatest international directors. Romanian director Corneliu Porumboiu’s new film The Whistlers, which premiered at Cannes Film Festival, follows a police inspector who travels to the Canary Islands to uncover a plot of intrigue, mystery, murder, sex, and a strange new language. Ahead of a February release, Magnolia Pictures has unveiled the U.S. trailer.

Rory O’Connor said in our review, “Of all the great deadpan, acerbic realists that the Romanian cinema has thrown our way in the last twenty years, Corneliu Porumboiu has always been the best at using humor to compliment the more dense and philosophical aspects of his movies. He has managed to strike that delicate balance time and again, so it’s difficult to know quite how to react to a film as broad as The Whistlers, a sort of sun-holiday noir in which the director’s fellow New Wave veteran Vlad Ivanov (on autopilot here) plays a cop who’s in too deep with the mob and, for some reason, must now learn to “speak” Silbo–a centuries-old whistling language from the island of La Gomera–in order to bust out an old accomplice before he rats Cristi and his pals out to the police.”

In THE WHISTLERS, not everything is as it seems for Cristi, a police inspector in Bucharest who plays both sides of the law. Embarking with the beautiful Gilda on a high-stakes heist, both will have to navigate the twists and turns of corruption, treachery and deception. A trip to the Canary Islands to learn a secret whistling language might just be what they need to pull it off.