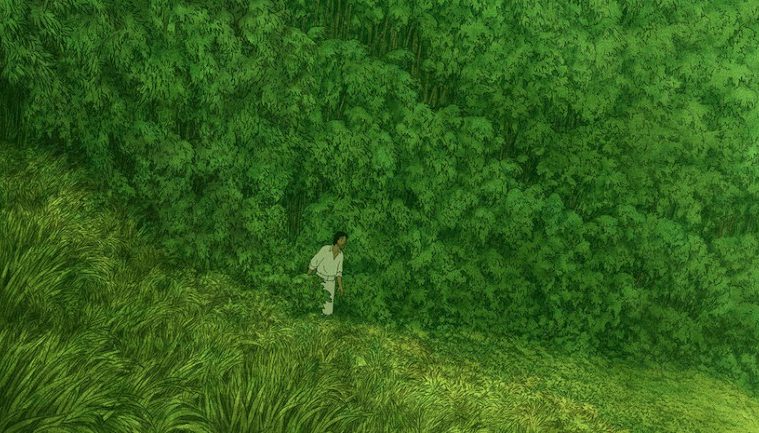 If one is looking to experience a dose of astonishing beauty, now in theaters in the Oscar-nominated animation The Red Turtle. A co-production with Studio Ghibli, Michaël Dudok de Wit’s first feature-length film is a humble, patient drama with an emotionally rich finale. To celebrate its theatrical release here in the U.S., we’re highlighting the director’s all-time favorite films, which he submitted to BFI‘s latest Sight & Sound poll. Featuring classics from Kubrick, Cimino, Kurosawa, and more, on the animation side, he makes sure to recognize a Miyazaki masterwork, along with a seminal Disney film.

“Just before the team arrived, Studio Ghibli called me and said, ‘We’ve been thinking about the list of words that are supposed to be spoken in the film and we think you should drop the dialogue entirely,'” the director told us, speaking about the production process of his film.”I said, ‘Wait, he has to talk to his wife there, otherwise we wouldn’t know what’s happening.’ They said, ‘We think it can work, if you alter the story a bit to make it clearer.’ At the end of that discussion, I thought, ‘They’re right.’ Dialogue can be a little silly in animation. Instead, we could express everything with body language and cinematic language.”

Check out his selections below, many of which correspond to this filmmaking philosophy, along with an extended talk with this director.