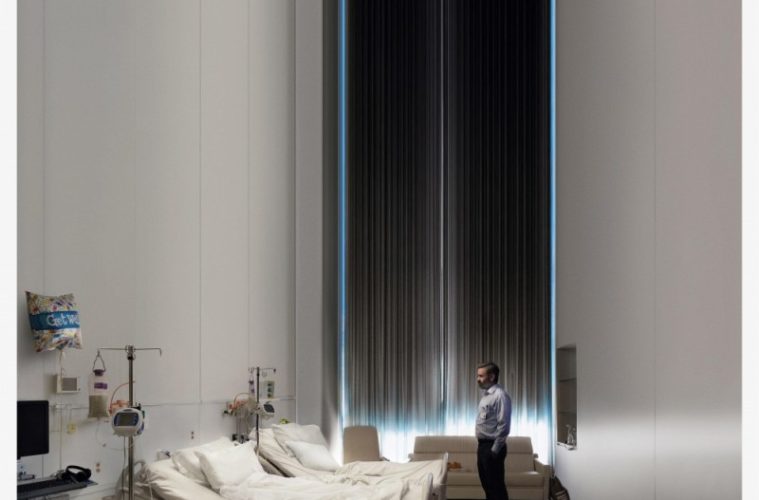 Cannes Review: ‘The Killing of a Sacred Deer’ is Pure and Simple Sadism

With the successive features Dogtooth, Alps, and The Lobster, Yorgos Lanthimos seemed to be going down the same route as Wes Anderson, i.e. become one of those auteurs who refines rather than expands on his idiosyncrasies, making largely interchangeable films on an ever grander scale but with diminishing returns. In this regard, The Killing of a Sacred Deer represents a departure, venturing into genre territory previously uncharted by the director. Although a felicitous turn in principle, the dispiriting results suggest Lanthimos might have been better off staying on his original course after all.

It’s a pity, too, because for its first hour or so, The Killing of a Sacred Deer is extremely promising. Lanthimos creates a gripping and steadily intensifying sense of foreboding in depicting the professional and domestic life of his protagonist Steven (Colin Farrel), a successful heart surgeon with a picture-perfect family: beautiful wife Anna (Nicole Kidman) and two teenage children, Kim (Raffey Cassidy) and Bob (Sunny Suljic). The Kubrickian vibes that were already felt in the early sections of The Lobster are given full prominence here, imbuing Steven’s everyday with an eerie, ominous quality. Imposing, immaculate widescreen compositions and gliding camerawork show Steven at work, following him down the halls and into the operating rooms of the gleaming hospital, or back home with his family in their sumptuous, exceedingly elegant suburban house. All the while, a strident string soundtrack casts little doubt about the impending destruction of this impossibly contented existence.

The one discordant element is the presence of Martin (Barry Keoghan), a 16-year-old with whom Steven has a puzzling friendship. Although their rapport at first seems innocuous, it’s not clear who Martin is nor why Steven keeps his existence secret from Anna and at one point lies to a colleague about him, saying he’s a friend of Kim’s from school. As Martin keeps showing up with increased insistence, ignoring Steven’s attempts at distancing himself, it becomes clear that he’ll be the one to instigate Steven’s demise. And boy does he. Unfortunately, he takes the movie down with him, too.

Revelations come to the fore regarding grievous malpractice in Steven’s past and Martin, who was directly affected, has come to claim revenge, giving Steven a gruesome ultimatum. Discovering the details is part of the ‘fun,’ so they’ll remain unelaborated here. From this point onwards, The Killing of a Sacred Deer turns from a slick, expertly-calibrated genre piece into a would-be Greek tragedy, with Steven as the hubristic hero who is punished by the gods, his life destroyed as retribution for unaccounted sins, and Lanthimos giving full vent to his own god complex.

If Kubrick was the primary influence in the film’s first half, the second one owes an even bigger debt to Haneke – Funny Games is practically a template. Martin’s torture of Steven’s family and its consequences are so contrived and inordinately vicious, one can’t help but be disgusted by whoever took the time to think up atrocities this elaborate, never mind realizing them with such evident glee. It’s not like Lanthimos’ previous work didn’t have its share of horrors, but as distasteful as those films got, at least there was always a discernible point: the violence fueled a vehement social critique. Even the most generous of viewers couldn’t come up with a legitimate reason for the vileness on show here, other than pure and simple sadism.

The Killing of a Sacred Deer premiered at the Cannes Film Festival and opens on October 20. See our coverage below.