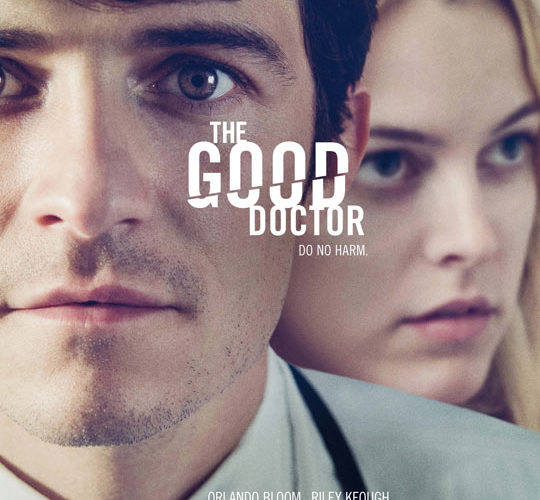 Since taking part in two of the biggest franchies of the last decade, Orlando Bloom seems to be mostly relaxing and living off those riches. Aside from an odd appearance in last year’s The Three Musketeers, the actor has stayed mostly quiet on the blockbuster front. As for his independent projects, one of his more enticing efforts, which premiered last year at the Tribeca Film Festival, will be hitting theaters this summer and we’ve got the first trailer.

The Good Doctor features Bloom in a lead role as a newcomer to the medical profession, who gets embroiled in a twisted case with a young patient, played by Riley Keough. Some of the plot points seem a bit forced in the trailer, but I’ve rarely had a problem with Bloom and hopefully he can return with something promising here. Check out the trailer for Lance Daly’s drama below via Apple, also featuring Rob Morrow, Taraji P. Henson and Michael Peña.

Martin Blake (Orlando Bloom) is an ambitious but anxious young doctor, eager to impress his superiors and colleagues: Chief Resident Waylans (Rob Morrow), self-assured fellow intern Dan (Troy Garity) and no-nonsense nurse Theresa (Taraji P. Henson). But things are not going Martin’s way and he can’t seem to shake off his insecurities. When 18-year-old patient Diane (Riley Keough) is admitted for a kidney infection, Martin steps in, getting the much-needed boost of self-esteem he craves. But things take a dark turn as his enthusiasm begins to become an obsession. The Good Doctor hits VOD on July 27th and in theaters on August 31st.