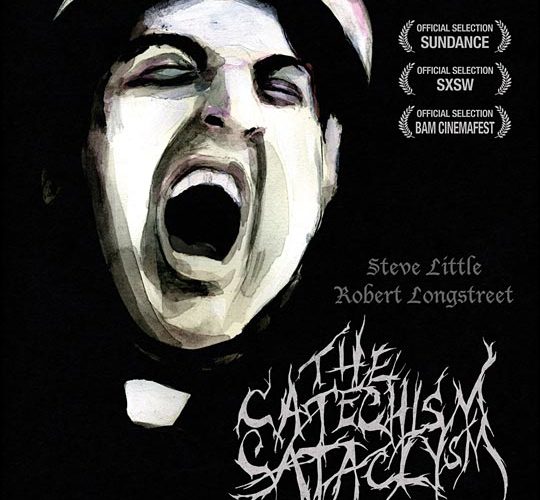 If you’ve seen Eastbound & Down, then you know Kenny Powers‘ endearing sidekick Stevie Janowski, played with charm by Steve Little. The actor has now got his own starring role in a low-budget comedy coming out of Sundance. Directed by Todd Rohal and also starring Robert Longstreet, I praised The Catechism Cataclysm for its oddball, irreverent comedy and dark tones. The first trailer below (via Apple) is cut somewhat awkwardly and doesn’t pack in the laughs that this thing has, but one can check out the film (that was shot in just 12 days) soon as it hits theaters and VOD next month. Storytelling in all its forms is skewered in Todd Rohal’s hilarious THE CATECHISM CATACLYSM. A favorite of Sundance, SXSW and BAMcinemafest 2011, this divinely bizarre and funny tale infuses stories within stories with wild characters until lines between Biblical tales, Mark Twain, and campfire stories are hysterically blurred. From producers Jody Hill, Danny McBride and David Gordon Green, THE CATECHISM CATACLYSM tells the tale of Father Billy (Steve Little, EASTBOUND & DOWN), an eccentric young priest who tracks down his high school idol Robbie, an ex Heavy Metal rocker (Robert Longstreet, PINEAPPLE EXPRESS) who begrudgingly agrees to a canoe trip. As they embark on their journey, it slowly becomes clear that the two old friends might not be as close as Father Billy remembers. When night approaches, and they realize they have lost their way– that’s when things get weird.

The Catechism Cataclysm this theaters October 19th, 2011 and on VOD around the same time. If you want more from Rohal, he recently shot a camping film with Johnny Knoxville and Patton Oswalt, which we can expect a 2012 release for.