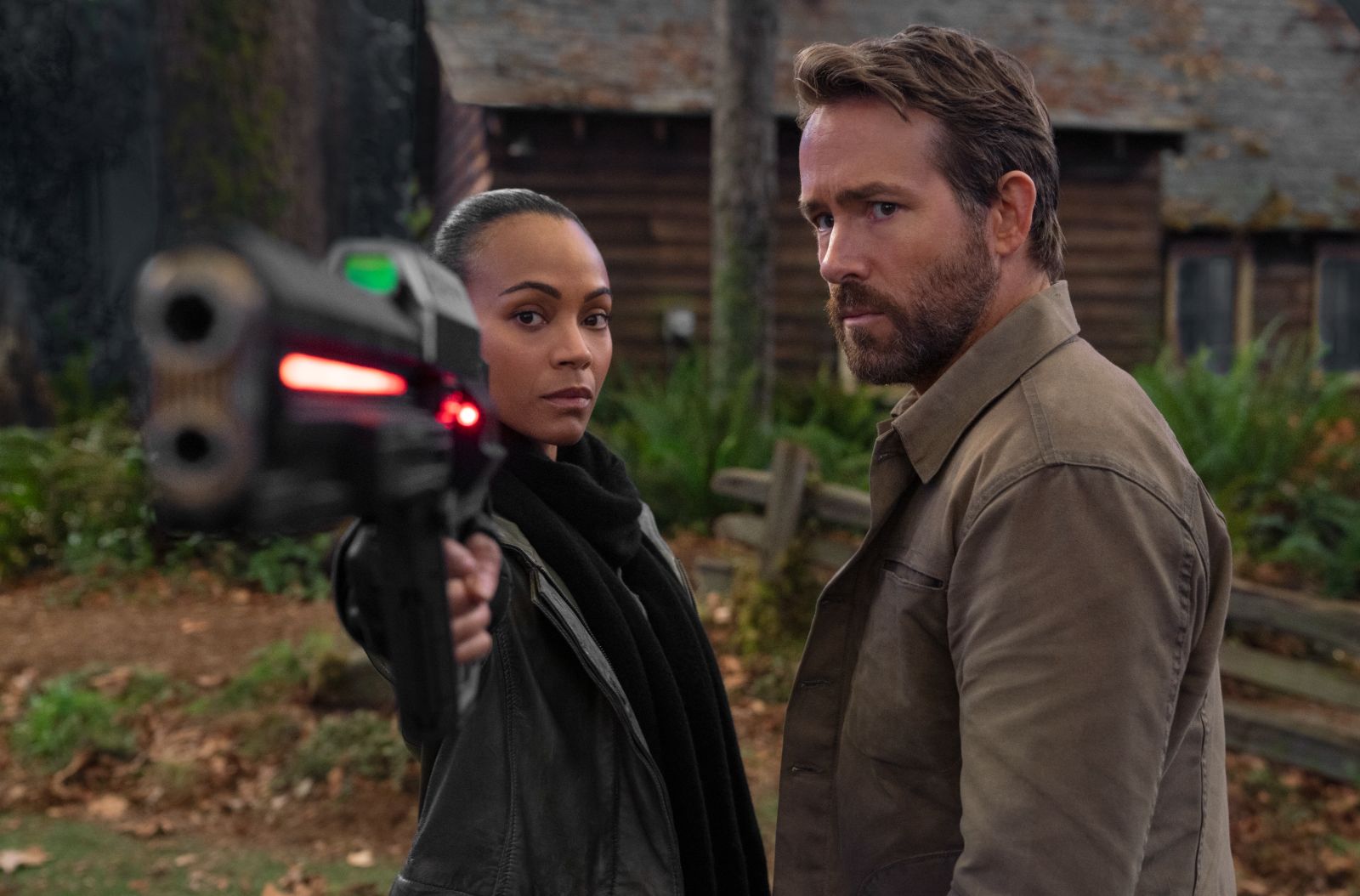 The Adam Project, the latest big-budget Netflix release you likely haven’t heard of until now, opens with a bit of text explaining that “Time travel exists. You just don’t know it yet.” Such vague emptiness is exactly the “this could apply to literally hundreds of movies” vibe you’ve just strapped yourself in for over this 100-plus-minute journey—it possesses the magic touch of vanishing from your mind immediately as it’s happening.

Directed by Shawn Levy (Night at the Museum, Free Guy) from a script by Jonathan Tropper, T.S. Nowlin, Jennifer Flackett, Mark Lewin, and probably a dozen-ish other hands in the Netflix offices, it stars (you guessed it) Ryan Reynolds as Adam Reed, a time-traveling fighter pilot we’re introduced to as he’s disobeying orders from his superior, Maya Sorian (Catherine Keener), in the year 2050. He jumps back in time, desperate to sort out something that will change the future, but plans have gone awry—he ends up in the wrong year, 2022, and is quickly forced to spend time with his younger self, played by Walker Scobell. For those who are a bit tired of the Ryan Reynolds schtick, be warned that he’s pouring it on heavy across the entire film, and there’s a 12-year-old version of him doing his best to imitate all the sarcastic witticisms that felt worn out around 2005.

Reynolds is the perfect piece of symbolism for what The Adam Project represents: a formless cut-and-paste with beats that could be implanted onto any skeleton and function exactly as it does here. There’s something eerie about how devoid of personality and distinctive qualities this film is. As shot in what appears to be Shawn Levy’s backyard—one assumes an unfortunate symptom of big-budget filmmaking in the COVID era, but still: you’ve got to think they could do better than this—its clear reaches for that Amblin wonder make one long, desperately, for the days in which a film of this type could make you feel anything.

It’s not for lack of trying, either. Further cementing those Amblin comparisons, The Adam Project‘s emotional crux hinges on Adam’s relationship with his father, who has passed away in a car accident about a year before the 2022 time period. Naturally, when you see Mark Ruffalo portraying the father in a photograph with Adam’s mother (Jennifer Garner, satisfying those desiring a 13 Going on 30 reunion), you know we’re going to hop back in time again to watch good ol’ shaggy Ruffalo explain some time science. Where have we seen this before?

It’s revealed early on that Ruffalo’s character, Louis, is actually the one who invented time travel (what a coincidence!), but Keener’s maniacal Maya wants to warp his invention for her own means. Which are? Tough to say: the central villain is essentially anonymous beyond vague “I am bad because the film needs someone to be” reasons. It does give Levy excuse to throw in some horrendously de-aged CGI on a younger Keener the older one comes face-to-face with, yet another representation of the unsettling gloss that exists over the entirety of this empty production.

If nothing else, The Adam Project features the utterly bizarre sight of tremendously talented actress Catherine Keener shouting “finish him!” to one of her one-dimensional henchmen as he’s choking Reynolds while Keener’s de-aged self stands next to her, glazed onto the frame as though someone logged on the computer late at night and haphazardly inserted her. It’s an absurd moment that makes the viewer snap into consciousness long enough to ask if this is a real movie before one falls back into a zoned-out state where you realize that, no, it most surely is not.

None of this is even to say The Adam Project is necessarily terrible, which may be the worst crime of all. There’s something so hollow about a production such as this, where it feels Netflix simply maneuvered parts of its algorithm into a choose-your-own-ingredients food dispenser to churn out whatever they thought audiences would click on if they saw it on their homepage for one week before the next one drops. Ryan Reynolds? Mark Ruffalo? Vague sci-fi imagery? Sure, sweetie, let’s put that on while we scroll our phones as dinner’s cooking, and fall asleep right before the kid in the movie starts using his video game skills to pilot drones that attack people.