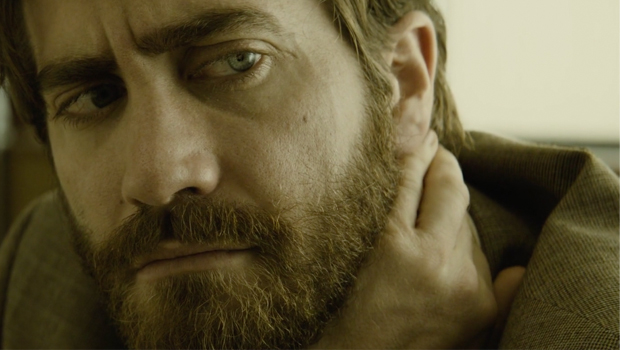 New to Streaming: A24 on Netflix, ‘Tully,’ ‘On Chesil Beach,’ and More Battle of the Sexes (Valerie Faris and Jonathan Dayton)

The 1973 “Battle of the Sexes” tennis match between Billie Jean King and Bobby Riggs captured the imagination of not only tennis enthusiasts, but of the whole world. There has always been the persistent rumor that Riggs threw the match to settle debts with the mob. Whether or not that is true seems highly irrelevant to directors Valerie Faris and Jonathan Dayton’s depiction of the events. The latest film from the duo behind Little Miss Sunshine and Ruby Sparks, aptly titled Battle of the Sexes, seems to be the kind of project that was quickly green lit to feed off of the current zeitgeist. It stars Emma Stone and Steve Carell as the competitors and feels as relevant as any movie released this year. The drama recounts the events that led to the historic tennis match between the 29-year-old, number two-ranked tennis sensation Billie Jean King, and the retired, boorish former Open champ Bobby Riggs. – Jordan Ruimy (full review)

When one reads a synopsis for the late Nobel Prize-winning author José Saramago’s The Doubleyou’ll find a very straightforward tale of doppelgangers. There’s the alpha, the pushover, and the innocent victims caught between; the insanity of seeing an exact replica in the flesh paired with the infinite possibilities such a discovery could mean. One is married; one has a girlfriend. The latter injects himself into the former’s world through curiosity, the first into the second’s purely for unfounded revenge and sexual desire. They exist together without looking deeper into what they are, pushing forward along a path of self-destruction you can see coming a mile away, and yet still find yourself captivated through the actions of those left from the wreckage. Denis Villeneuve’s Enemy (adapted by Javier Gullón) looks to amplify it further. – Jared M. (full review)

In Steven Knight’s Locke the whole wide world is reduced to the nighttime interiors of Tom Hardy’s car. For most films, this kind of gimmicky paring-down would signal a limited, specialized experience, an artificial hurdle the drama could never overcome. I’ve seen Colin Farrell trapped in a phone booth, Stephen Dorff locked in a trunk and Ryan Reynolds buried under the dirt in a coffin, but Locke ends up being more riveting and suspenseful than all of them. – Nathan B. (full review)

Obvious Child does well in tackling big issues that all women face without a wink or a shrug. And while writer/director Gillian Robespierre offers some political views throughout, she thankfully avoids the soapbox. Small in stature but big in laughs, this film announces comedian leading lady Jenny Slate, a talent we will hopefully see much more of in the near future. – Dan M. (full review)

It’s 1962. Florence Ponting (Saoirse Ronan) and Edward Mayhew (Billy Howle) have just been married. She’s from a wealthy family and he a provincial one; her desire to be active in world affairs beyond her status’ ambivalence and his hope to be accepted as an intellectual with the potential of outgrowing a brawler reputation placing them at odds with the environments that raised them to seek escape. And they are in love: a true, deep, and unstoppable love that allowed their differences to take a backseat as far as community and parentage was concerned. It’s propelled them towards a hotel honeymoon suite on the water, an isolating venue affording them the privacy such auspicious occasions crave and the stifling quiet able to intensify their utter lack of sexual experience and wealth of insecure awkwardness. – Jared M. (full review) While characters like Jim in 28 Days Later or Rick Grimes in The Walking Dead find themselves unscathed in their unfamiliar environments specifically because of hospital quarantine, they seek community. In their minds safety comes with numbers and the desire to live with love. I’m not saying they are wrong, only that they are working towards the reclamation of a world they may never see again. Rather than adapt to reality, they look to rebuild in contrast to it. This is a commendable stance, but also one that ensures greater emotional pain when the futility of their situation inevitably opens the floodgates of carnage. Their stories want us to see humanity tested in order to experience the myriad ways we can bend, break, and bounce back. And that’s why Dominique Rocher’s vision of this horror scenario feels so refreshing. – Jared M. (full review)

While Lav Diaz’s Norte, the End of History may not be easily classified or explained — it could be summarized in terms of basic narrative trappings, but not as far as intent or accomplishment are concerned — it conjures an intoxicating psychology, transplanting all of its socio-political concerns through the eyes of characters so wholly realistic that we feel we’ve actually met them. Diaz, whose works are known both for their langorous observations of very human systems and their overwhelming attention to spiritual / psychological details, has concieved a work as ambitious as any made by the humanist directors of yester-year. (Kenji Mizoguchi particularly comes to mind.) Drawing some of his inspiration from Dostoevsky’s Crime and Punishment, Diaz tells one encompassing story from three essential viewpoints, although the summation of these interspections are more thematic than narrative, introducing us to characters who wind up on different spectrums and on different receiving ends of various social pressures that exist within the Phillipines. The film’s extensive running time — upwards of four hours, and with nary a shot or moment I can imagine cutting — and Diaz’s own distinctive, hypnotic visual style — long master shots and intuitive relocations of space — do make Norte something of a challenge, but it’s been a long time since a filmmaker rewarded with so much in exchange for our patience. – Nathan B.

The Rover immediately succeeds in planting one in the downtrodden world it’s created: ten years after an economic collapse and, needless to say, Australia. By keeping the scale small and the minute details abundant, David Michôd effectively sells a barren wasteland full of spare, secluded inhabitants. Leaving the rest of the world’s fate to our own imagination, it’s a far more powerful in approach than anything a fabricated news broadcast or prologue could attempt to convey, I noted in my review.

Following Smashed, James Ponsoldt showed a mature step forward with his coming-of-age film The Spectacular Now. Both featuring powerhouse lead performances (with Smashed‘s Mary Elizabeth Winstead even returning in a supporting role here), his latest film feels like a wholly accomplished work, familiar in content, but one that packs an emotionally-devastating punch without an ounce of pretension. – Jordan R. (full review)

Where Coppola opts for a clinical remove in The Bling Ring, Korine prefers jacked-up pizzazz, and the result is his most formally polished film to date. Gone are the seedy, micro-budget flavors of Gummo and Trash Humpers: Spring Breakers is all about compulsively digestible surfaces and fluid sequences that are so cool and savvy you can’t help but get drowned in their flow. While the film may be more problematic from an ideological standpoint — for me, it’s a less cogent satire than The Bling Ring, if only because I can rarely tell how Korine feels about his own subjects — its aesthetic thrills are more than enough. – Danny K. After loving their first collaboration (Juno) and disliking their second (Young Adult), I didn’t know what to expect with director Jason Reitman and writer Diablo Cody’s third pairing behind the camera. The best I could do was enter the theater unprejudiced and hopeful for the best since I do like most of their work regardless of that mutual misstep. I can’t say Tully initially made it easy, though. Just because Marlo (Charlize Theron) and Drew (Ron Livingston) aren’t the generic rich, white, suburban couple able to afford a “night nanny” (Mackenzie Davis’ titular Tully), doesn’t mean the premise of needing one to cope after a third pregnancy becomes any less patronizingly elitist. We don’t want parenthood’s messy authenticity sanitized by a diamond prism—especially not in today’s political climate. – Jared M. (full review)

Under the Skin (Jonathan Glazer) Each shot, scene, and location flows together in perfect harmony. Director Jonathan Glazer packs all these pretty images with real emotion, thanks to cinematographer Daniel Landin’s stunning work, Mica Levi’s haunting and moving score, and, of course, Scarlett Johansson’s ambitious performance as an alien who abandons her mission. This is the kind of risky performance where an actor could easily fall on their face. Some scenes take huge tonal risks that only a good actor could pull off. Thankfully, Johansson is always up for the challenge. – Jack G. A two-hour-and-eighteen-minute thrill ride from joyous celebration to abject despair, Sebastian Schipper’s one-take wonder Victoria is a must-see. This isn’t a formal gimmick, like with Birdman, but instead a conscious effort to truly understand the visceral and emotional experience had by the titular Spaniard and her new Berliner friends. From burgeoning love to life-or-death stakes as these clubbers are tasked with robbing a bank, we’re given an unfiltered look at regular people thrust into a dangerous situation without escape. Adrenaline pumps as instinct replaces control for an adventure lacking the latitude for even one false move. – Jared M.

Writer/director Ashley McKenzie’s feature debut Werewolf picks up right where her 2012 short When You Sleep left off. We’re back in Canadian squalor on the poverty line with a couple barely staying afloat as society and addiction continuously seeks to drag them under into an abyss of forgotten souls. Frustration abounds as they hide beneath thick skins necessary to survive bureaucratic paper-pushers citing rules and regulations alongside a populace who’d rather ignore than lend a hand. Vanessa (Bhreagh MacNeil) looks defeated mostly, Blaise (Andrew Gillis) enraged with a fire of entitlement that does him absolutely no favors. They should be a team striving tooth and nail for more. But it’s not long before we understand the parasitic relationship masked by a heartbreakingly dangerous love at work. – Jared M. (full review)

Robin Williams: Come Inside My Mind

Laggies (review)
The Signal (review)
Son of a Gun (review)