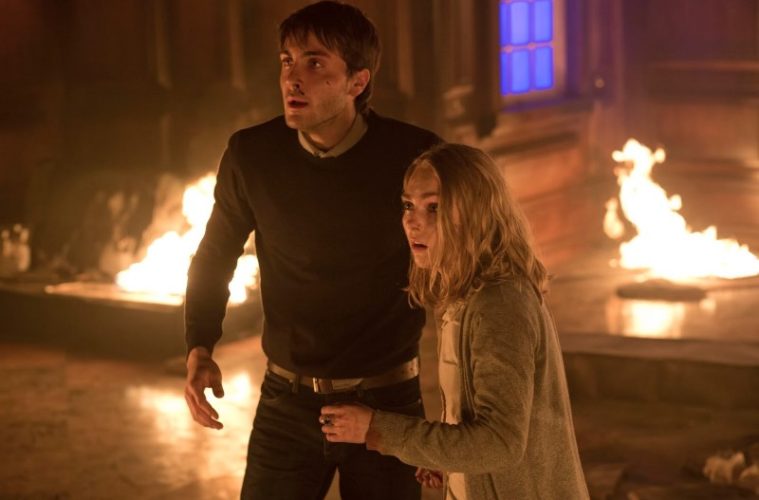 After a six-year hiatus from feature length filmmaking, Spanish director Rodrigo Cortés is finally back with his latest fantasy horror picture Down a Dark Hall – also known by its alternate title Blackwood. Best known for his tense direction on the Ryan Reynolds-led Buried and the Sigourney Weaver-led Red Lights, Cortés is no stranger to the horror-thriller genre. In Dark Hall, Cortés throws a fantastical twist onto things as the film deals with the supernatural – spookily depicted in the first trailer for the film, which Lionsgate has now released.

Down a Dark Hall centers on a troublesome young adult named Kit Gordy (played by The Way, Way Back’s AnnaSophia Robb) who, after a brief altercation with the law, is sent to a mysterious disciplinary boarding school – “Welcome to Blackwood” the stern headmaster Madame Duret (played by Uma Thurman) announces in the trailer. From here, things only become darker. Accompanied by four other similarly aged girls, Kit and her new peers begin to discover the dangerous and ghoulish mysteries that lurk within the manor’s walls.

Courtesy of Lionsgate, Down a Dark Hall will hit theaters August 17th. Check out the first trailer below.