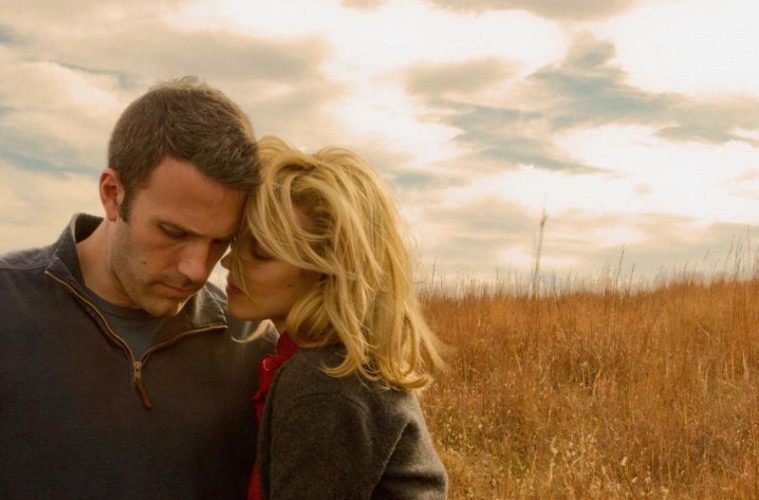 Terrence Malick’s ‘The Burial’ Nearly Completed, ‘Voyage of Time’ Up Next Before Working With Christian Bale I’m getting some déjà vu with this latest Terrence Malick story. After countless updates dating back to 2009, declaring The Tree of Life almost completed and on the verge of release, it did finally come out two years later. The auteur seems to be amping up his production output quite heavily and we have an update on his romantic drama from the director himself.

Going under the rumored title of The Burial, the film stars Ben Affleck, Rachel McAdams, Rachel Weisz, Olga Kurylenko, Javier Bardem, Barry Pepper and Jessica Chastain. We last heard Optimum picked up the UK rights for a 2012 release, but now with his best film of the year FIPRESCI award for The Tree of Life, Malick sent a personal thank you statement, including a hint at when he may be completed with the feature. Check it out below via The Playlist.

I’m honored that you should take such a kind view of “Tree of Life” and wish that I could thank you and your colleagues in person. At present, however, we’re rushing toward a mix on the picture we shot last fall in Oklahoma and to finish shooting on a new one, a natural history film. I hope that you’ll understand. It is uplifting to discover such generous hearts out there, encouraging me and those who work with me, and I hope that some day in the near future we’ll gave[sic] the occasion to meet in person.
With warm regards and a fraternal salute,
I am
Yours Sincerely,
[Signed] Terrence Malick The idea of “rushing” and Malick doesn’t seem congruent, but more power to him. If picture is locked, it seems like we will definitely have at least back-to-back Malick films with The Tree of Life and this upcoming one next year. He also mentions he will “finish shooting on a new one, a natural history film.” This is referring to his The Tree of Life counterpart The Voyage of Time, which features narrators Brad Pitt and Emma Thompson.

The documentary will extrapolate the universe portion of his Palm d’Or winner, and add a substantial amount of new footage. With this timeline, he could finish it by earlier next year, when we just got word he plans to shoot his next film with Christian Bale as the lead.

In other Malick news, The Thin Red Line actor Sean Penn, who most recently appeared in The Tree of Life, had a few words to say regarding the divisive film. Check it out below from Le Figaro (via In Contention).

I didn’t at all find on the screen the emotion of the script, which is the most magnificent one that I’ve ever read. A clearer and more conventional narrative would have helped the film without, in my opinion, lessening its beauty and its impact. Frankly, I’m still trying to figure out what I’m doing there and what I was supposed to add in that context! What’s more, Terry himself never managed to explain it to me clearly.

Coming from someone who thought the film wouldn’t be nearly as effective with “a more conventional narrative,” I do find it interesting when actors combat Malick’s vision. We’ve seen it before with Adrien Brody and George Clooney to just name a few, but it looks like Penn is more balanced in his criticism. For now, it looks like we’ll have to wait until 2012 to hear complaints from Ben Affleck and/or Javier Bardem when it comes to The Burial.

What do you think about Malick’s upcoming projects? Are you happy to see the director head into overdrive?