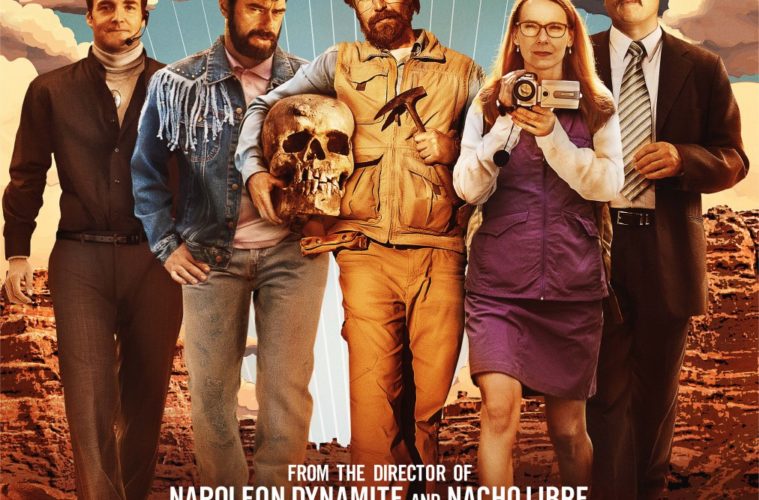 In 2004, director Jared Hess was behind one of the most successful indies of the year: Napoleon Dynamite. The two films of his which followed that wild success were received less warmly. The director’s funniest film, Nacho Libre, didn’t come close to matching Dynamite‘s impact on pop culture or its success, while Gentlemen Broncos was mostly just a disaster. The one bright spot of Hess’ last film, Sam Rockwell, has reunited with the director for Don Verdean, a hit-or-miss comedy.

Don Verdean (Rockwell) is a religious archeologist. He’s dedicated his life to finding objects to reaffirm the faith of others. Once a popular figure in religion, he’s faded out of the public’s eye. That’s no matter for Verdean; he’s a shy and hopeful guy who doesn’t care much for financial reward. His career gets a jumpstart when Tony Lazarus (Danny McBride) enters the picture. Lazarus, a preacher with a troubled past, offers to finance all of Verdean’s endeavors. Verdean, in addition to his assistant, Carol (Amy Ryan), and Boaz (Jemaine Clement), set off to find the skull of Goliath. Under pressure to not let Lazarus and others down, Verdean steals the skull of a large dead wrestler, passing it off as the skull of Goliath. The lie continues to grow, thanks to the shady Boaz. The set up is promising. Hess is showing us a world we haven’t seen before, whether it’s based on reality or not. It’s also much tamer compared to Hess’ previous work. Thankfully, he’s rid himself of bodily fluid jokes — at least for now. Hess lets the characters’ eccentric behaviors earn the laughs, most of which come from Boaz. Clement is so funny in this movie his additional lines done in post-production are obvious. Hess clearly knew the laughs Clement would get, so when Boaz’s back is turned to the camera, we get more jokes. Boaz is a one-note character, but that one-note Clement hits is often funny.

Verdean himself is an introvert. Rockwell is fine, but it’s too much of a straight man role, and the same goes for Amy Ryan’s Carol. The two characters are overwhelmed by the oddballs they’re surrounded by and Verdean and Carol’s storyline and troubles are too straight-faced in this oddball movie. Don Verdean has two tones that do not come together. Verdean’s arc is well-drawn by Hess and his co-writer/wife, Jerusha Hess, but it’s lacking. The emotion of his lie and redemption is swallowed up by the broadness of the film.

Halfway through the film the script begins to go through the motions. Once Verdean makes a surprising decision, the rest of it is followed by an expected narrative. A comedy should be surprising, which, after the first act, Don Verdean is not. While Hess hasn’t made a good films in years, he’s not without his talent. There are some nice visual gags in the movie, especially a locked-off shot of Boaz dancing. This is unquestionably superior to Gentleman Broncos, and while that’s no major feat, it’s good to see Hess has improved since his last effort. Don Verdean comes close at times to make this a comeback for Hess, but it’s stopped short by some flat gags, an uninspiring arc, and a mostly sluggish pace.

Don Verdean premiered at Sundance Film Festival and will be released by Lionsgate on December 11th.