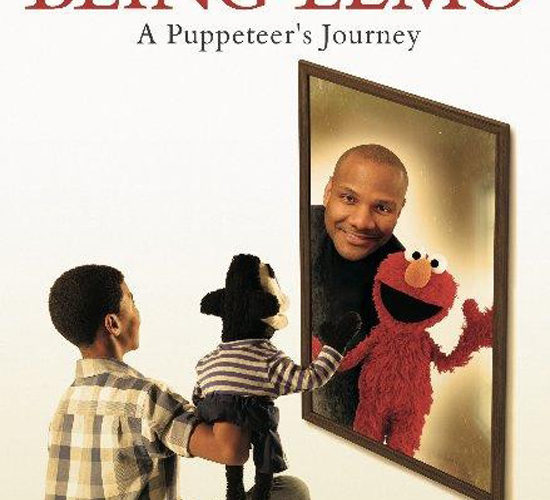 If you grew up watching Sesame Street, or ever marveled at the magic of Jim Henson‘s Muppets, than you’ll want to seek out Constance Mark‘s Being Elmo: A Puppeteer’s Journey which provides an in depth behind the scenes look at Kevin Clash, the man behind one of the most loved and adored children’s characters, Elmo. Kevin, who grew up as a teenager in 1970s Baltimore always had inspirations to be a puppeteer, especially after being entranced by the magical world envisioned by Jim Henson on Sesame Street. Backed by the love and support of his family, Kevin pursued his dream with all his passion and the result is one of the most incredible and heartwarming tales you’ve ever seen.

Combining a mix of incredible archival footage that show the meteoric rise of Jim Henson’s Workshop, along with candid interviews from Kevin and those close to him, Being Elmo will leave your face plastered with one big smile as if you were a kid watching Sesame Street again. Shot over the course of six years, Marks takes a candid approach in detailing the origin of Kevin’s creatively unique passion for puppets which then translates into his desire to spread his love and knowledge imparted to him by Jim Henson. Tracking his career from working early on in local television as a teenager all the way to catching the eye of Muppet maven Kermit Love, who introduces the talented youngster to his idol Jim Henson.

What’s even more lovely is Kevin’s generosity when it comes to helping others, in particular children who are ill that find infinite joy and comfort in meeting Elmo. This pledge to be there for the world as Elmo, forces Kevin to sacrifice time with his family. However, his heart and generosity for those who seek out the pure love embodied by Elmo (based on the love and support of his parents) has no bounds and it’s hard not to be bowled over by Kevin’s brilliance. This is the feel good movie of the year, that moved me to tears, and is one of the most sincere portraits of a creative genius who doesn’t get the recognition he deserves for bringing so much joy to millions of children around the world everyday.