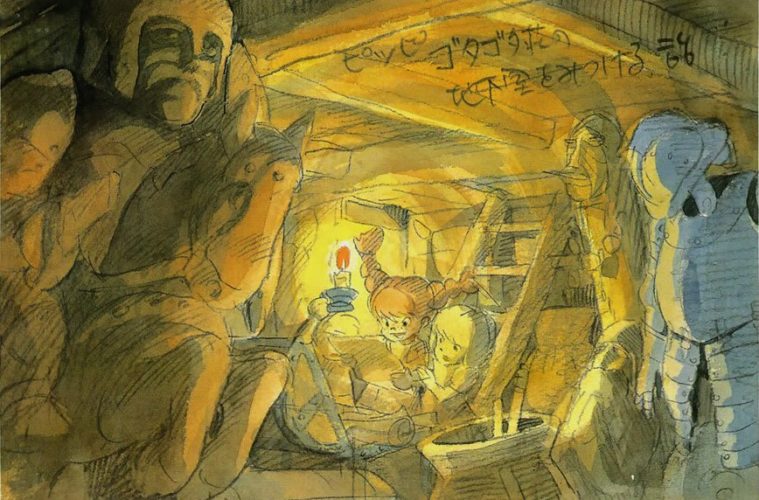 The news of Hayao Miyazaki‘s retirement from feature films means he leaves behind a legacy of iconic animations, but as is the case for virtually anyone with a long history in the creative field, there’s a handful of projects that were never realized. One from Studio Ghibli is a cancelled adaptation of Astrid Lindgren’s Pippi Longstocking, which Miyazaki worked on back in 1971 with The Tale of Princess Kaguya director Isao Takahata.

Titled Pippi Longstocking, The Strongest Girl in the World, Miyazaki and Takahata went on location scouts and even met with Lindgren to discuss the project back in the early 70’s. However, for reasons never made public, Lindgren ultimately didn’t provide permission for them to go ahead and the project was scrapped with all that remained being Miyazaki’s watercolor storyboards. Today we have all the available drawings to see, but before that, they may not currently be making new films themselves, but we have word on another project related to the company.

News has arrived via Screen Daily that Ghibli will co-produce a new feature from Michaël Dudok de Wit titled The Red Turtle. Co-written by Pascale Ferran (Bird People), it follows “a man marooned on a desert island whose attempts to escape on a raft are thwarted by a giant turtle that sinks the makeshift craft.” Marking the first time Studio Ghibli has ever supported a European production, Miyazaki has been attempting to work with the director for seven years. With Wild Bunch heading up sales at Cannes, expect more developments soon. In the meantime, check out all the images below thanks to LiveJournal (via Reddit) for the aforementioned Pippi Longstocking feature.