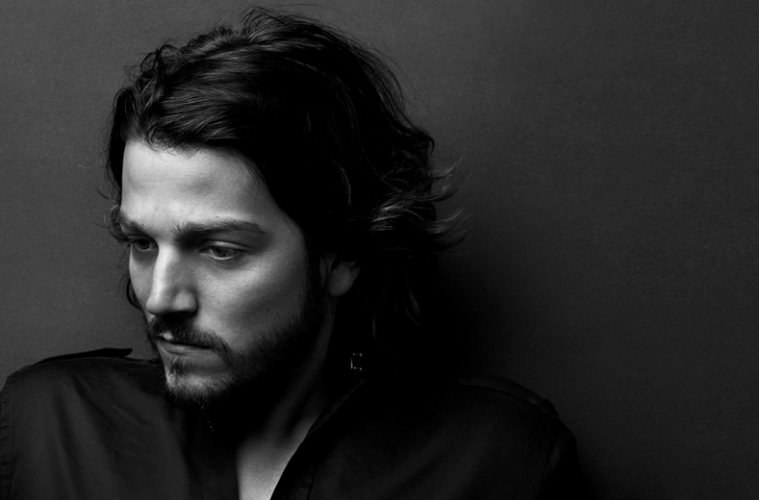 With production set to kick off fairly soon, Star Wars Anthology: Rogue One has found another star to add to its ensemble, already including Felicity Jones, Riz Ahmed, and Ben Mendelsohn. Variety reports that Diego Luna (Y Tu Mamá También, Elysium) has joined the Gareth Edwards-directed film in the role of a rebel fighter as they set to partake in a heist of the Death Star plan. Set for a release on December 16th, 2016, expect many more additions to the expansive cast in the coming weeks.

According to The Wrap, Michael C. Hall and Rebecca Hall will lead the ensemble of Christine. The new film from director Antonio Campos (Simon Killer) is based on a true story of a news reporter who committed suicide on live television. Also starring in the drama, which recently begun shooting, will be Tracy Letts, J. Smith-Cameron and Maria Dizzia. Rebecca Hall, whose most recent credits have included the Shane Black-helmed Iron Man 3 and the cinematographer-turned-director Wally Pfister’s film Transcendence will play the lead role as the 29-year-old reporter.  Michael C. Hall of Dexter fame, who has recently come off a string of prominent indie features, including Cold in July and Kill Your Darlings, will play a character based on the real life crush of Christine.

In other, more genre-oriented news director, Vicenzo Natali is going to adapt the novel In the Tall Grass. The book, co-authored by the legendary Stephen King and his son Joe Hill, is about a pair of siblings who are endangered after attempting to help a boy lost in a tall grass field. Natali talked to Screen Daily about the project saying, “Who would think that grass could be frightening? Trust Stephen King and Joe Hill to find a way. They have transformed an otherwise innocuous Kansas field into a stage for some of the most disturbing horror fiction I have ever read.” Given Natali’s extensive background working with unusual horror premises in films such as Splice and Cube, this pairing of material and director is inevitably enticing.

Rosamund Pike is in talks to join to join David Oyelowo’s project A United Kingdom, though Deadline reports that no official agreement has been reached yet. The tentative film is about the true story of Prince Seretse Khama from Botswana who roused controversy when he decided to marry a white woman from London in the 1940s. The project will be financed by Pathe and is being produced by, among others, David Oyelowo who recently received critical acclaim for his portrayal of civil rights leader Martin Luther King Jr in Ava DuVernay’s Selma. His prospective co-star herself received widespread acclaim for her performance as Amy in the David Fincher-directed screen adaptation of Gone Girl.

Deadline reports that Australian actor Joel Edgerton (Zero Dark Thirty) and Ruth Negga (Agents of S.H.I.E.L.D) will star in the next film from director Jeff Nichols. The drama titled Loving is scheduled to begin production in September in Virginia and is inspired by the documentary The Loving Story whose director, Nancy Buirski, will help produce. The story is about the couple, Mildred and Richard Loving, from the landmark civil rights case Loving v. Virginia which struck down all laws prohibiting interracial marriage.  This will be Edgerton’s second consecutive time working with Nichols as he also starred in the director’s latest, yet-to-be released film Midnight Special.

Rising Swedish actress Alicia Vikander, who recently garnered buzz from her performance in Ex Machina, will star in the upcoming thriller film The Circle. THR reports that that Vikander will take part opposite Tom Hanks in the film which will be directed by The Spectacular Now helmer James Ponsoldt. The project will be based on the novel of the same name by Dave Eggers which is about a young woman and recent college graduate who begins a job at a company, The Circle, a tech company run, among others, by an enigmatic older man. The job is incredibly rewarding, at first, but things start to slowly go awry. The film is among a deluge of others that Vikander is set to star in or is already awaiting release such as The Danish Girl, The Light Between the Oceans, and The Man from U.N.C.L.E.

Which of the films are you most looking forward to?