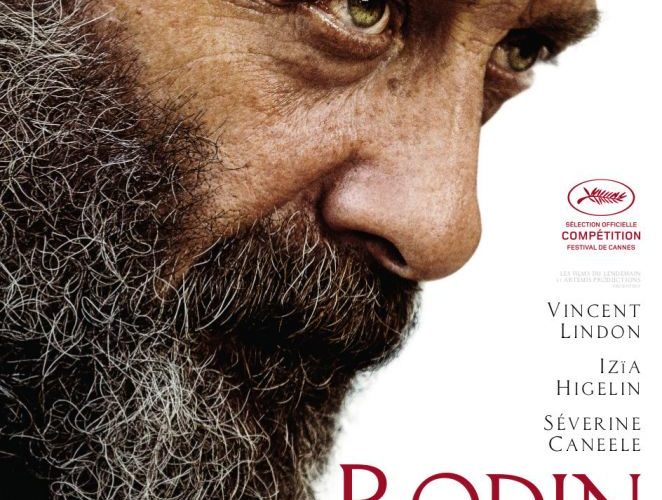 Cannes Review: ‘Rodin’ Doesn’t Do Justice to a Great Artist

It’s one thing to make a movie about an artist and his art; it is a whole other thing to make a movie about an artist mostly just doing his art. That is the central focus of Rodin, a film concerning the famed sculptor Auguste Rodin (Vincent Lindon) that all but sucks away the drama in favor of scenes of the artist creating his work. Some of these sequences do in fact work, especially when director Jacques Doillon is trying to recreate the time period when Rodin was struggling to make the sculpture of Balzac. Authorities aren’t happy that he has painted him as an overweight figure, which he was, and demand a skinnier version. The eureka moment is his ingenious idea of plastering a robe on the statue. It’s the film’s finest scene, making one feel as if they were in the room that day when that time-capsule-worthy moment happened. Otherwise, not much of the rest of the narrative is conveyed in an urgent or important fashion.

It’s not just with his art Rodin struggles; he is also juggling a mistress, and assistant, in Camille Claudel (Izïa Higelin). If anyone has seen Bruno Nuytten’s 1988 movie made about their affair, they would know it wasn’t as thin and fragmented as Rodin suggests. Camille, a talented artist herself, felt used and unimportant. Her potential is squandered by being the right-hand woman of the famed sculptor, instead of going her own way and creating her own personal art. She eventually does and claims Rodin was stealing her ideas.

There’s also Rodin’s wife, Rose (Séverine Caneele), a heavy-set country woman who feels envious of Camille, especially since she has taken her place both in bed and as assistant to Rodin’s art. Claudel eventually has enough and scrams off, leaving Rodin and eventually losing her sanity in the process, although that is not shown in the movie.

It’s been almost 100 years since Rodin’s death, and this biopic doesn’t do the man justice. A visit to the Musée Rodin would be a better option to learn more about the life he lived. Although handsomely lit by cinematographer Christophe Beaucarne, the film relies too heavily on sequences which involve nothing but the artists struggling to perfect his statues. There is barely any drama, nor is there any legitimate reason to have this movie clock in at two hours. Lindon, a great actor, crafts a commendable performance anchored by his well-known screen presence, which is why it hurts even more that the direction and writing is so weak. Higelin, too, gives a great turn. Camille was a complicated woman filled with complex ideas about a woman’s independence and craft; the actress brings all the angst and eroticism that is needed with the role, but is left stranded by undercooked plotting and timing.

Set in 1880, when Rodin was given commission to create his grand opus “The Gates of Hell,” the movie goes through three decades of Rodin creating art, yet he doesn’t look as if he’s aged at all. Doillon tries to dramatize Rodin, but makes it seem as if there wasn’t much drama to his story. Shooting the film in the actual locations of the historical events, and featuring the architecture encompassing a time and place where inspiration could come within an artist’s surroundings is a noble feat, but it alone doesn’t make a great film.

Rodin premiered at the Cannes Film Festival. See our coverage below.