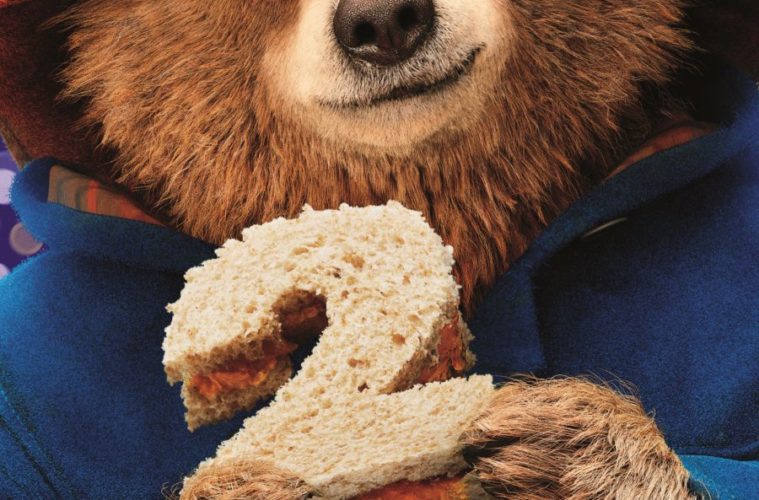 We’re just a few weeks into 2018, but a very early candidate for Most Charming Film has arrived. Paddington 2 is a genuine delight, a sequel that improves upon its (very good) predecessor. It is also the rare family film that has appeal for everyone in the family. As with 2014’s Paddington, director Paul King has zeroed in on the inherent magic of Michael Bond’s classic stories while incorporating scores of Wes Anderson-esque sight gags. Plus, there is a game cast of British heavyweights — Sally Hawkins, Hugh Bonneville, Jim Broadbent, and, this time around, a superb Hugh Grant — and gorgeous London locations. Most of all, there is the titular bear himself, a wondrous CGI creation sweetly voiced by Ben Whishaw. It is not hyperbolic to call Paddington one of the most adorably life-like computer-animated characters in cinema. He is the anti-Alvin, Simon, and Theodore, an anthropomorphic triumph whose interactions with humans are always believable.

The first film saw Paddington leave darkest Peru for the busy world of London. Arriving all alone, he was discovered at Paddington Station by the Browns — mother Mary (Hawkins), father Henry (Bonneville), and children Judy (Madeleine Harris) and Jonathan (Samuel Joslin) — and soon taken into their home. The endearing, marmalade-devouring bear endears himself to the Browns, the family’s housekeeper (Mrs. Bird, played by Julie Walters), and Londoners like antiques dealer Mr. Gruber (Broadbent). Best known for his work on groundbreaking U.K. comedy series The Mighty Boosh, King proved himself the ideal director for this uniquely detailed universe. Paddington was something of a surprise hit, and deservedly so.

The gang is all back in Paddington 2, minus the first film’s evil taxidermist, memorably played by Nicole Kidman. Paddington is an important part of the community, and an established member of the Brown household. However, he misses his beloved Aunt Lucy (voiced by Imelda Staunton), who now resides at the Home for Retired Bears in Lima, Peru. (The latter is one of many lovely details taken directly from Michael Bond’s stories.) For her 100th birthday, Paddington hopes to buy an expensive London pop-up book for sale at Mr. Gruber’s antiques shop. However, this is no ordinary book. And the only individual who knows this is the pompous, over-the-hill actor Phoenix Buchanan. He is played by Hugh Grant as the epitome of the haughty Actor-with-a-Capital-“A.”

Buchanan is a master of disguise, and also something of a maniac. He is hell-bent on funding a one-man-show that he believes will return him to glory, and money is an essential element of his plan. Paddington spots him breaking into Mr. Gruber’s shop, but is mistakenly tagged as the culprit. Sweet, cheerful Paddington bear is soon convicted, and sent to the slammer. Here, he meets a ragtag group of prisoners that includes glowering prison cook Knuckles McGinty, a glorious creation played by Brendan Gleeson. Against all odds, Paddington helps the prison become a culinary and aesthetic wonder. Meanwhile, the Browns work to clear his name, and Phoenix Buchanan follows the clues embedded in the pop-up book.

The charm of Whishaw, Hawkins, Bonneville, Walter, Gleeson, and even Grant cannot be overstated. King’s visual mastery is evident through it, most notably during the Grand Budapest Hotel-esque prison sequences. Notably, there is also an anti-Brexit undercurrent coursing through the film, which has already been commented during its 2017 release in the U.K., and it is indeed unmistakable. Paddington is, of course, an immigrant, and his London neighborhood is a hub of cultural diversity. The Browns’ sneering neighbor, Mr. Curry (a perfectly cast Peter Capaldi reprises his Paddington role), serves as a particularly vocal critic of the young bear’s influence on Windsor Gardens. The most explicit argument is a scene of the Browns’ sputtering car being started by the neighbors, much to the consternation of Mr. Curry. (The family plows directly into Mr. Curry’s neighborhood alert sign; he’s set it to “wild hysteria.”) While the parallels are clear, King is careful not to overwhelm the audience. Most parents should appreciate the message, while most children will see their own feelings emboldened.

The film never loses its spirit of harmony, even during its lengthy railroad chase ending. Throughout, it is a marvel of humor, dazzling visuals, and unique characters. Calling it a “kids film” is a disservice; Paul King has directed an of-the-moment family comedy that rivals any in recent memory. Paddington 2 closes with an elaborate musical number in which one of the film’s main characters (no spoilers!) sings Sondheim’s “Rain on the Roof” accompanied by dancing prisoners. It is impossible not to find the sequence highly amusing, just as it’s impossible not to find the film as a whole to be utterly charming. The family film bar has been raised — and lovingly covered in marmalade — thanks to this delightful cinematic start to 2018.