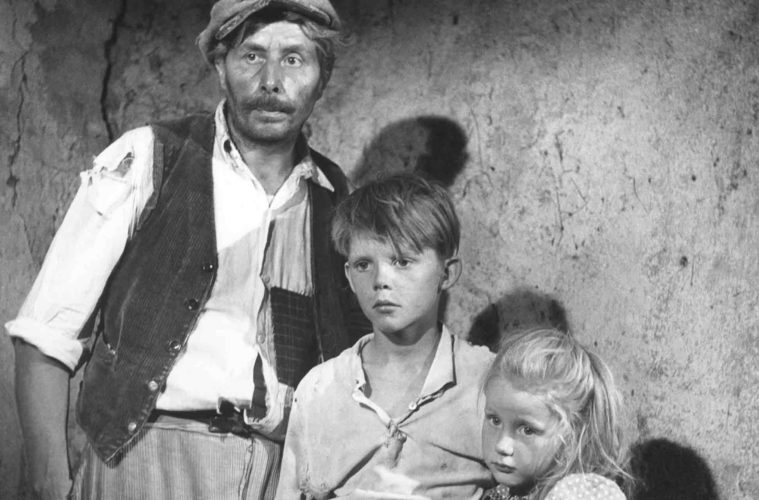 Most of the films that receive the lavish digital-restoration treatment are, canonically speaking, a bit more obvious. These are also great films that improve film culture simply by being in theaters, but it’s nice to see that one of the next roll-outs is something with a bit less cachet to its name — and this, I think, is all the more reason to perk up your ears. Next on the block is René Clément‘s Forbidden Games, which Rialto Pictures have given a beautiful-looking new coating that hopefully brings viewers closer to its tale of trauma in World War II.

Now’s as opportune a time as any to see his masterpiece in theaters — for now, on the major condition that you live in New York — and the following preview should give you a good sample of what’s in store (via Apple):

When her parents are killed by an air strike while trying to flee Paris during the German invasion, 5-year-old Brigitte Fossey wanders into the French countryside, where she encounters 11-year-old peasant boy Georges Poujouly. And as they build a special, secret friendship, the adults play their own games of buffoonish peasant feuds. A masterpiece of French post-war cinema by director René Clément (Purple Noon), with a haunting hit score played by guitar virtuoso Narciso Yepes, the ultimately beautiful, hilarious and disturbing Games won the Golden Lion, the top prize at the Venice Film Festival—and then became a worldwide art house smash, eventually winning a Grand Prix at Cannes, the Best Foreign Film Award from the New York Film Critics Circle, and Clémént’s second Best Foreign Film Oscar winner. Fossey (“in a performance that rips the heart out” – New York Times) is a star of French films to this day. This new restoration from Rialto Pictures features an all-new translation and subtitles.

The restoration of Forbidden Games will begin its release on April 24 at Film Forum.

Have you seen Clément’s film, and are you hoping to catch the restoration?