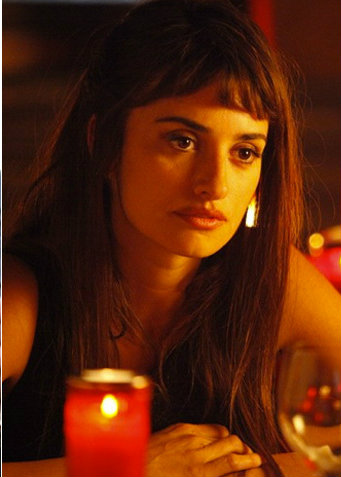 Adapted from the 2008 novel by Margaret Mazzantini of the same name, Twice Born (Venuto al mondo) isn’t quite what it seems. When an aged Italian woman named Gemma (Penélope Cruz) receives a phone call from her past, we infer certain facts via hers and her husband’s (director Sergio Castellito‘s Giuliano) reactions. The mystery man in a photo on their fridge seems more important than a simple friend for who’s work is showing in Sarajevo. And as Gemma and son Pietro (Pietro Castellito) exit the plane in Bosnia, flashbacks of her first visit begin to unfold. It’s 1984 when she meets the lifelong friend Gojko (Adnan Haskovic) who called and its then that she falls for her one true love Diego (Emile Hirsch). With a love so strong, life appeared theirs for the taking. But like the film itself, appearances are deceiving. Starting rather conventionally. Gemma and Pietro arrive in Sarajevo to find Gojko ready and willing to be their guide like he was hers in the past. As the three move about the city, the Italian beauty begins remembering that first meeting with the large, affable brute. They didn’t initially see eye to eye, but a strong friendship quickly grew between them and the Bosnian’s eclectic cast of acquaintances. It was the American photographer Diego who saw her and fell instantly in love, deciding to do whatever he could to steal her from the man she’d marry back home. Their relationship escalates when unable to ignore their lust, engaging in a sexual tryst that needed to become more. And once her marriage ends, Diego shows up at Gemma’s family’s doorstep to commence a new chapter in their lives.

Gemma takes her boy along now not only because it’s a pilgrimage to learn about his biological father, but also as a result of their obviously strained relationship. The struggle between them isn’t known, yet their attitudes and demeanors quickly express how little he wanted to come. Gojko does his best to help matters by taking them to fun locales to loosen the tension, but the boy struggles to be heard. Attending the show they came for before an eventual meet-up with Gojko’s wife and daughter, Gemma’s concentration is obviously on her deceased love as we crosscut back and forth in time to meet him. Catching glimpses of Diego’s cheery attitude, broad sense of humor, and absolute adoration for life and those he kept close, it’s easy to understand why he is on everyone’s mind and so dearly missed. Even when entering the meat of the plot—watching this newlywed couple attempt to get pregnant—the prospect of the film being more than a by-the-numbers romance seems improbable. This couple is so smitten that they will do whatever is necessary to make the other happy; even let Gojko enlist a musician friend (Saadet Aksoy‘s Aska) as a surrogate. Back in Bosnia, however, amidst a dangerous war creeping closer to the capital city, life becomes increasingly unsafe as the strain of sterility and failed adoption ravage their souls. With an evacuation in full force, the decision to let Aska carry their child falls to them alone as a series of events unfolds allowing for the plausibility of any number of truths. Maybe Pietro was a product of this transaction or maybe he was a miracle baby naturally conceived before the American was taken from this earth.

And the answer will surprise, shock, and destroy you when finally learned. As Gemma pushes Diego towards Aska in hopes she won’t have to let him go so he may have the child he so covets, Twice Born is turned on its head. Revelation after revelation arrives and what we once thought reverses to uncover a truth so devastating it will rip out your soul and never give it back. From the moment an odd juxtaposition of joy and perhaps relief switches to gunfire destroying a dining room spread of china as though out of nowhere, the ceaseless shaking of Diego’s hand holds the horrible secret to come. Until the final scene’s transparency redefines everything, though, the love between he and Gemma remains immortal upon their return home despite being marred by a silent emptiness only Sarajevo can overcome. Mazzantini’s story is meticulously constructed of layers upon layers of memory known by some and intentionally kept from others. What I originally dismissed as heavy exposition for a film going exactly where you think it will becomes a necessary introduction to gain footing inside an emotional battlefield of guilt and regret. Castellito takes great care in setting up the relationships of these characters and the performances brilliantly breathe life into a world trying hard to extinguish it. Both Aksoy and Haskovic will wow you with their buoyant appetite for humor despite forces of death squeezing the vice tighter with every passing day they remained. Laughing to keep sane, their jovial demeanor makes moments when they can no longer mask the pain within that much more poignant. Even a tiny outburst of aggression from Gojko towards Pietro reveals the storm he’s lived with too long.

It’s Cruz and Hirsch who really steal the show, though. Authentic to a fault in their love for one another and the struggle to be the person they believe their partner needs, we watch both grow tired from the strain and constant need to assuage any and all assumptions they have about what the other is thinking. Forever bonded, the journey life takes them on is full of unspeakable tragedy no attempt at optimism can hope to prevail against. Hardened by their experiences, it’s their duty to keep fighting for life, love, and happiness. Through the make-up putting close to two decades on Cruz’s face, still her vitality never dies. Hope will be born from darkness; good created from evil. And when you experience the defining cruelty driving her journey, you’ll know exactly what I mean.