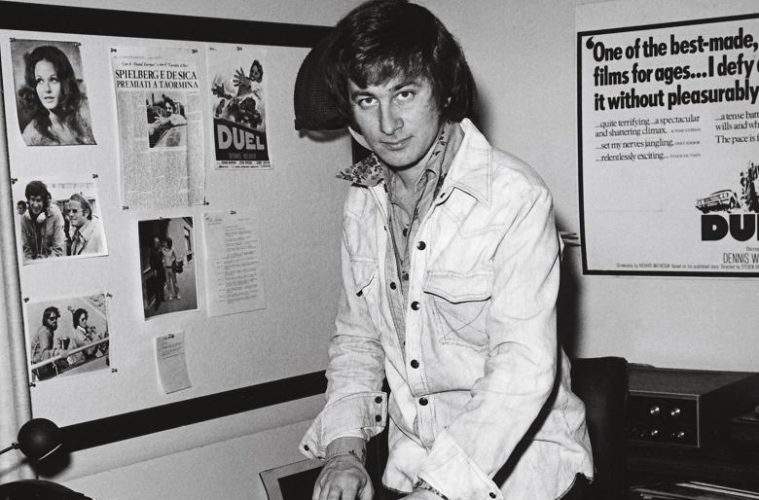 John Ford takes on the legend of the O.K. Corral shoot-out in this multilayered, exceptionally well-constructed western, one of the director’s very best films. Henry Fonda cuts an iconic figure as Wyatt Earp, the sturdy lawman who sets about the task of shaping up the disorderly Arizona town of Tombstone, and Victor Mature gives the performance of his career as the boozy, tubercular gambler and gunman Doc Holliday. Though initially at cross-purposes, the pair ultimately team up to confront the violent Clanton gang. Affecting and stunningly photographed, My Darling Clementine is a story of the triumph of civilization over the Wild West from American cinema’s consummate mythmaker. – Criterion.com

He recently kicked off production his latest feature, and now fans of Steven Spielberg have another reason to celebrate the director. Arriving on Blu-ray today is Universal’s eight-film collection with the notable distinction that it’s the first time that his thrilling debut Duel, his follow-up, the Bonnie and Clyde riff The Sugarland Express, his sprawling comedy 1941, and the sentimental drama Always are available on Blu-ray. Also including Jaws, E.T. and his pair of Jurassic Park films, the special features on the discs are the same found in the stand-alone releases, but as single set, completists will be pleased. Lastly, there’s a 58-page booklet which includes quotes, trivia, storyboards, concept art, behind-the-scenes photos, and more. – Jordan R.

Once again adapting a stage play, Roman Polanski‘s take on Venus In Fur is more playful and cinematic than one might expect after his last feature, Carnage. Featuring committed performances by Mathieu Amalric, and, most strikingly, Emmanuelle Seigner, this back-and-forth, meta tug-of-war is a delightful, sharp tease of a film. If anything, it’s further proof that Polanski is still as lively as ever and has us looking forward to him jumping off the stage with D. Unfortunately IFC Films are only putting out a DVD of his latest feature, but we recommend checking it out nonetheless. – Jordan R.